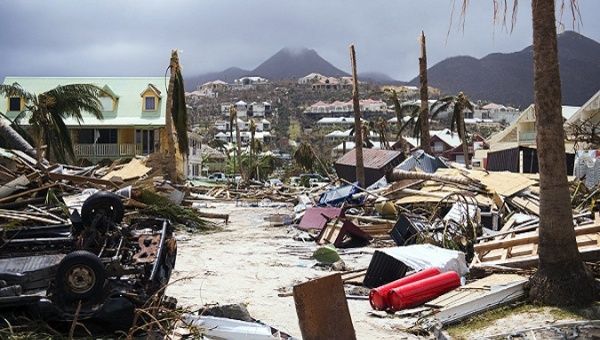 The destruction caused by Irma on the Dutch side of Saint Martin. | Photo: AFP

Irma has been moving through Cuba, and is expected to hit the United States on Sunday.

Russia has announced that is ready to send assistance to Caribbean countries reeling from a succession of hurricanes.

The head of the Emergencies Ministry, Vladimir Puchkov, said Moscow is prepared to provide help when requested.

“Our rescue teams, our high technologies and the Russian Humanitarian Response Corps are ready to provide assistance and support in this difficult situation to the countries affected by Irma, at request,” Puchkov told reporters.

Hurricane Irma struck parts of the Caribbean Wednesday, devastating the north the most. In Barbuda and Antigua, Irma has destroyed almost 90 percent of the facilities there, becoming one of the most powerful and longest lasting Category 5 storms ever recorded in the Atlantic.

On Friday night, the storm strengthened back to Category 5, as it moved towards Cuba. It is expected to reach the Florida Keys on Sunday morning, and then the southwest coast of Florida by the afternoon.

Venezuela on Thursday became the first country to send a brigade of civil protection and humanitarian aid to Barbuda and Antigua. While Cuba, has dispatched 750 Cuban physicians to several Caribbean islands in the wake of Irma’s destruction.