Rumbata debuts in the capital city of Camagüey 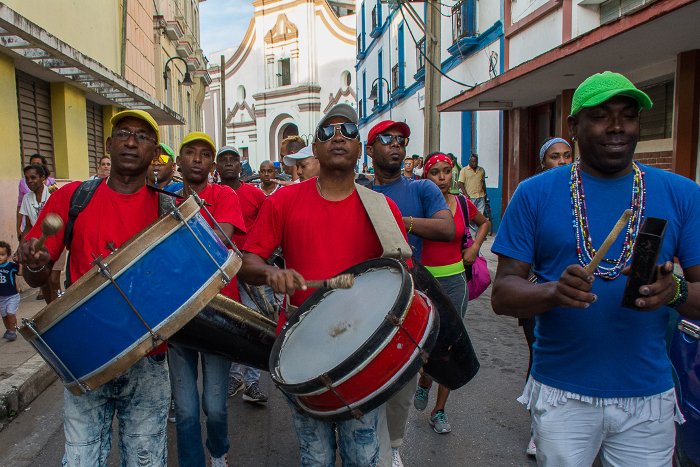 Camagüey, Dec 21.- Camagüey´s Rumbata grouping will start next Saturday a new show-space, in the courtyard of the Cultural Center Caribbean, of this city.

Soy rumbero or Rumba en vena, will come from the 5:00 in the afternoon until 9:00 of the night, for all those who like of this contagious music genre.

The space was recently announced, during the parade by areas of the patrimonial zone of the city, which took place as part of the fair Young Creators Golpe a Golpe.

Wilmer Ferran Jiménez, director of the association and a member of honor of the Hermanos Saiz Association, said that “We have to rescue that public who wants to go to where the rumba is”.

Announced that in the second half of next January, Rumbata will launch the disc Gracias a la rumba, produced by Manolito Simonet and agreed with the Bis Music label.

In addition, Ferran convened those who love the rumba -included in the list of Intangible Heritage of UNESCO, to be aware of the Cuban Television, because the group may be seen in several programs of the end of the year by the channel Clave, and others such as Cuerda Viva and 23 y M, for which he recorded the theme Bembe with Maykel Blanco y su salsa mayor. (With information from Yang Fernández Madruga / www.adelante.cu) (Photo: Leandro Pérez Pérez/ Adelante)