Rubio’s Position on Cuba May Clash With Florida Voters 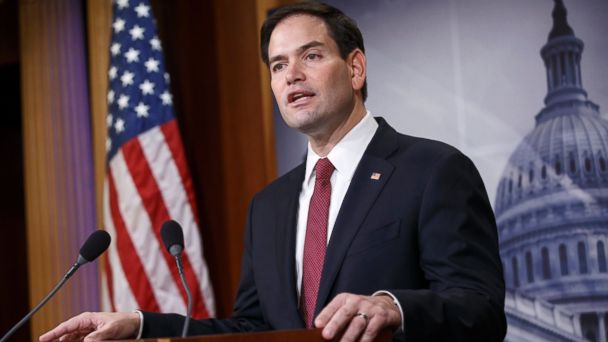 Even Cuban Americans in Miami are at odds with Marco Rubio’s hardline position.

But for a politician who prides himself on being a forward-leaning leader of a new generation of Republicans, his view on the communist island is shaped by hardline, Cold War ideology of decades past.

The 43-year-old freshman Cuban senator is swimming against the trend of public opinion on the issue, even in his home state and even among his fellow Cubans Americans.

But what’s more is that even a larger number of Cuban Americans in Miami-Dade County, where Rubio is from, seek stronger ties with the country ruled for more than four decades by the Castro brothers.

According to a Florida International University poll, taken between February and May this year, 68 percent of Cuban Americans in Miami-Dade County said they favored reestablishing diplomatic relations. Almost the same number support the lifting of the travel ban. Fifty-two percent want to scrap the trade embargo. And the survey found the youngest Cuban Americans to be the strongest advocates for change.

“They see the world differently than the early immigrants in the ‘60s and ‘70s, who did live through a revolution,” says Guillermo Grenier, a sociology and public affairs professor at FIU who oversees its Cuban polling. “They are way more interested in normalizing relations because they’ve had normal lives in Cuba. They don’t want to have to pay $600 every time they take a trip.”

Obama appeared to be responding to that growing sentiment last week when he announced “an end to an outdated approach, that for decades, has failed to advance our interests.”

Even though the president promised to re-examine Cuba policy when he took office, it hasn’t appeared to cost him politically.

In 2012, he still fought Mitt Romney to a near draw of the Cuban American vote in Florida, now the third most populous state. Romney carried the usually reliable Republican bloc of voters by just 2 to 4 percentage points, depending on the exit poll analysis. But either way, it was a drop from the GOP margin in 2008. Nationally, Obama won the Cuban vote by a couple percentage points.

Furthermore, relations with Cuba are only a periphery issue to the broader Hispanic public, and the demographic’s growth in Florida is among Puerto Ricans, who are largely settling in the central part of the state around Orlando.

According to Pew Research, just a third of the 2012 Hispanic vote in Florida was Cuban, compared to 57 percent being non-Cuban.

Obama easily carried the overall Hispanic vote in Florida that year, outpacing Romney by 21 points among the crucial constituency.

“Clearly the Cuban vote doesn’t have the weight it used to have,” says Grenier. “Within the Cuban community, the hardliners are becoming smaller and that just doesn’t play at all in the rest of the Florida Latino population.”

The political takeaway: Extending a hand to Cuba is no longer the political risk it used to be. In fact, it’s the popular move.

Rubio is adamant he doesn’t care about the politics.

Rubio, whose parents fled Cuba, has said he would be in favor of relations with the country if it were to reciprocate with concessions of its own, including steps towards democratization and ending human rights abuses.

But in the absence of that, he argues that to offer an olive branch to “the most repressive regime in the hemisphere” only rewards bad behavior.

“He thinks Obama gave away the store,” says Susan Purcell, the director of the Center for Hemispheric Policy at the University of Miami.

Rubio’s implacable stand still appeals to a powerful, if not shrinking, core of older, conservative Cuban hardliners who still hold sway in the community as well as tea party-aligned Republicans.

Whereas Rubio alienated portions of that hardcore GOP base when he offered a comprehensive approach to immigration reform in 2013, this position allows him to repair his reputation with those who were dismayed by his move to compromise while further cementing himself as one of the most hawkish members of his party considering a bid for president in 2016.

“The right is also equated with a hardline on Cuba. His base included a lot of the older Cuban Americans,” Purcell says.

But while there is some evidence the hardline stand could play well to a small sliver of voters in a GOP primary, it is difficult to foresee it becoming the dominant issue in a campaign in Florida.

After the president’s announcement, Sen. Mitch McConnell, R-Ky., acknowledged to The Washington Post he hadn’t even “thought about Cuba policy in quite a while.”

Much will be dependent on how Raul Castro, the regime’s leader and brother of the ailing Fidel Castro, responds to the opening of relations.

“If the trend continues, in terms of the generational divide, they’ll be for more normalization,” says Purcell of Cuban Americans. “But if the regime acts repressively, it could stop any continued evolution on attitudes.”

Rubio isn’t alone in his fierce opposition to the change. Another potential 2016 presidential candidate, former Gov. Jeb Bush, dubbed it the “latest foreign policy misstep by this president.” Sen. Ted Cruz, R-Texas, who is also Cuban, wrote that Congress should “reject President Obama’s latest bad deal” that “will allow the Castros to follow Vladimir Putin’s playbook of repression.”

But no one has been more aggressively showcasing his opposition than Rubio.

It may be a matter of personal principle, but Grenier doesn’t see it paying political dividends in the long run.

“Rubio can ride this hardline horse all he wants, but he really doesn’t have a big track,” Grenier says. “If he wants to be a national leader, the Cuba issue is not going to get him there.”