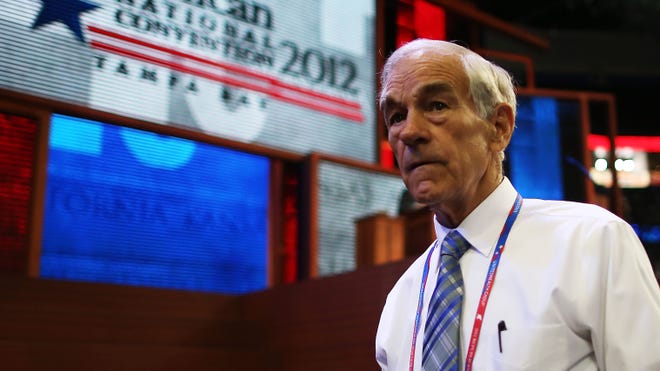 To hear former Texas Republican congressman and longtime conservative rock star, Ron Paul, tell it, Marco Rubio is clueless when it comes to the power of the free market.

“It’s like talking to a stone wall,” said Paul.

Paul is that rare breed of politician who has never been afraid to say exactly what he thinks, and he acknowledges that his shoot-from-the-hip way of addressing issues can get him in trouble, but he has no plans to change his ways.

Laughing as he recalled that day in Miami when he was booed during a Republican debate for uttering the unthinkable, he now says he’s more convinced than ever that he was right about lifting the Cuban embargo. In fact, he maintains, that night it wasn’t his messaging that was wrong, it was the audience. The auditorium was packed with older and more establishment-type Republicans.

“The next day, I met with young people in Miami and guess what? They were with me,” Paul bragged. “So it’s a generational thing.”

Here are the numbers: 68 percent of Cubans living in Miami favor diplomatic relations with Cuba, according to a recent FIU study. But when they posed the same question to younger respondents, the number shot up to 90 percent.

So where does that leave Miami politicians like Senator Marco Rubio?

According to Paul, Rubio is a bit of a paradox. “Marco is sort of a mixed bag, because I don’t think of him as old,” said Paul. “But he’s in line with an older generation.”

Asked about President Obama’s recent overtures with Cuba, Paul snapped, “I might even go further faster.”

Paul, a committed free market ideologue, objects to being called an isolationist by many of his Republican colleagues. He said they are, in fact, “the isolationists who don’t really believe in free trade.”

“These are the people who lecture me and they want to isolate Cuba?” Paul mused. “You have to have the confidence of the position our founders took — you trade with people and you’ll be less likely to fight with them.”

Paul is aware of Rubio’s ongoing verbal sparring with his son, Rand. Late Thursday, Rubio slammed Obama’s Cuba Policy by calling it the “Paul/Obama plan.” And earlier in the week, Rubio had said, referring to Rand Paul, that the Kentucky Senator “didn’t know what he was talking about when it came to Cuba.”

As for Ron Paul, he accuses Rubio of not having confidence in the free market principles that America is built on. Rubio has suggested that Castro and the Cuban government will defeat any and all U.S.-backed free market initiatives in Cuba, and that they will end up “keeping the money.”

Asked if that suggests that Rubio has more confidence in the Castro government than in free enterprise, Paul responded, “That’s absolutely right. “

Paul insisted the age of the Castros is both “over with and long past due.” He said that the younger generation of Cubans both on the island and in South Florida will lead the change. “The shift is in our direction, Paul said. “A person whose mind is already closed, it’s difficult.”

And as for Marco Rubio and others who insist on keeping the status quo? “They don’t listen to reason, because it is so emotional and they’re living in the Dark Ages.”

Ron Paul didn’t stop there, referring to Rubio and others as unnecessarily rigid. “If I’m talking to a stone wall, I don’t spend a lot of time there.”

Rick Sanchez is a contributor for Fox News Latino.