‘Havana Moon: The Rolling Stones Live in Cuba’ will hit theatres in September 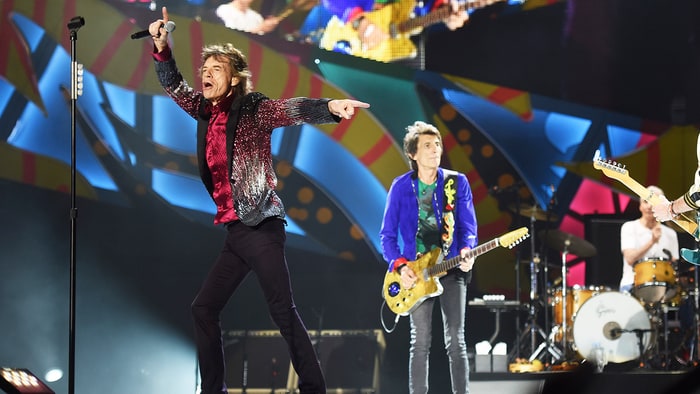 This past spring, the Rolling Stones became the first rock group to stage a free outdoor concert to hundreds of thousands of people in Havana, Cuba. Now the group is releasing a concert film of the show, which took place on March 25th, for a one-night-only screening in cinemas around the world. Havana Moon: The Rolling Stones Live in Cuba – which takes its name from a Chuck Berry song and was directed by Paul Dugdale, who previously filmed the Stones’ Hyde Park gig in 2013 alongside Coldplay, Adele and One Direction concerts – will be shown in theaters on September 23rd.

“The Cuba show was simply amazing,” Mick Jagger said in a statement. “It was an incredible moment; a huge sea of people for as far as the eye could see. You could feel the buzz of the enthusiasm from the crowd and that was for me the stand-out moment.”

“There’s the sun, the moon, the stars and the Rolling Stones,” Keith Richards said. “Seeing Cuba finally get the chance to rock out was special – a night to remember in Havana.”

The group claims the concert brought around 1 million people to the city, where they played hits – “(I Can’t Get No) Satisfaction,” “Jumpin’ Jack Flash,” “Start Me Up,” “Brown Sugar” – and deep cuts like “You Got the Silver” and “Before They Make Me Run.” Cuban vocal group Entrevoces joined them on “You Can’t Always Get What You Want.”

The group released video of them performing in Cuba a couple of days after the show, along with some commentary from the band. “Cuba has … so many kinds of music, all of it brilliant,” Jagger said. “It was inevitable that we would play here one day.”

More info about the screenings is available at StonesInCuba.com.

“This was no ordinary concert,” Rolling Stone wrote in its review of the concert. “People hugged and shared looks of disbelief. Coming at the end of a run of shows in South America and Mexico, last night might have marked at least a temporary pause for the legendary group, but it had all the markings of a new chapter for music in Cuba.”