As Cuba opens its market to private business and foreign investment, proponents of socially responsible enterprise are boosting their links with the island, offering assistance to build a new kind of hybrid economy that considers workers, the community and the environment in its developments. 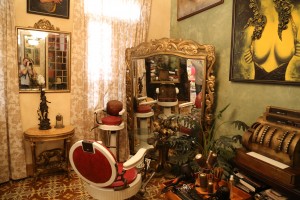 As part of those links, a group from the San Francisco-based Social Venture Network traveled to Cuba for a week in January to meet Cuban entrepreneurs, officials, economists and others, and discuss changes on the island and opportunities for socially responsible enterprise.

The Social Venture Network works to empower and connect innovative leaders who leverage business for the greater good. It links impact investors and others who support a triple bottom line: people, planet, profits. Started in 1987 in Colorado, it has incubated many progressive groups such as Business for Social Responsibility. Notable members include leaders of such businesses as Ben & Jerry’s, The Body Shop, Clif Bar, Domini Social Investments and Method.

Leading the Jan. 13-19 trip was long-time Social Venture Network member Eric Leenson, who has been working with Cuba since 2010. Leenson is a founder of Forum Empresa, a similar network for Latin America. He and colleagues have helped coordinate conferences in Cuba and trips by Cubans to Brazil, Canada and other countries on cooperatives, social accounting and other aspects of social enterprise.

Leenson said the trip aimed to explore ways to build on Cuba’s 50 years of socialism, its strong family values, its sense of solidarity, and its educated workforce, “to develop a different economic model” that blends the best of capitalism and socialism in a model that considers social equity and the environment.

For Judy Wicks, a social entrepreneur from Philadelphia, the trip was the latest in some half-dozen visits since the early 1990s. Her long-time business, White Dog Café, had set up a sister restaurant program, and she’d traveled to the island before to work with a vegetarian eatery in Havana’s botanical gardens.

On this trip, Wicks said she was “pleasantly surprised” to see Cuba’s economy more buoyant, with more goods in shops, the city streets crammed with people, more Cuban crafts for sale and more private restaurants and stores now open. “It was a remarkable change,” she said.

She was particularly impressed by Arte Corte, a barber shop and social project led by hairdresser Gilberto Valladares Reina, known as Papito. Located in a beautiful alley, it displays art in the shop, trains young people from the area, fosters pride in the craft of hairdressing, and provides services free to a nearby senior-citizen center and others. “It’s a model social enterprise,” said Wicks.

“It’s that all-for-one and one-for-all mentality that is so clear to me and I always admire in every visit to Cuba,” Wicks said on her return. “And they put emphasis on the young and the old. In the United States, the focus is more on the middle generation, the ones who are making the money.”

Wicks saw opportunities to further develop organic community gardens and to link them with local markets and restaurants. She’s keen on developing local self-reliance to reduce dependence on food imports and to diversify production long geared to export crops such as sugarcane and tobacco.

Claudia Viek, who leads a network of 85 non-profits that work with some 20,000 micro- and small enterprises in California, made her first visit to Cuba. The network regularly trains immigrant and low-income entrepreneurs. It also helps them obtain micro-loans to start and expand.

Viek said she found it curious that few entrepreneurs she met in Cuba spoke about profits. She got the sense that the enterprises had limited room to grow, that the state remains ambivalent about business and that entrepreneurs somehow expect the government to give them guidelines on what to do.

“The idea of starting your own business, making profits and reinvesting in your business, no one was really talking about that,” said Viek on her return. “There didn’t seem to be a sense of market development.”

Viek said she sees opportunities to bring the best practices of micro-enterprise development to Cuba, from training to coaching to micro-loans. But hurdles exist too. For example, many micro-lending platforms such as Kiva and Accion rely on the Internet, and Internet access is limited in Cuba. Plus, the U.S. embargo prohibits certain business activities with Cuba making U.S. engagement tough.

Garry Spanner, chief executive at TDA Investment Group based in San Mateo, California, also visited Cuba for the first time. He saw opportunities for investment in housing and infrastructure and for microfinance, as well as room to develop cooperatives, a model that seems welcomed by the people.

Spanner said he was surprised to see so many bicycles and horse-drawn carriages in the countryside. Despite poverty, he did not find a sense of despair. “There seemed to be a keen sense of hope,” he said.

“It really is about people in Cuba getting a living wage,” said Spanner. “I could see the island becoming a champion for eco-tourism, rather than becoming a site for the rich to buy up second homes.”