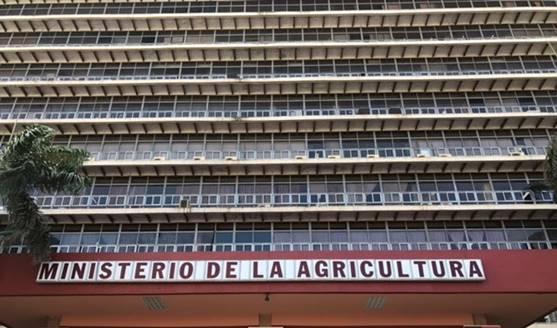 Republican Kentucky Congressman James Comer (1st Dist.) recently returned from a five-member congressional agricultural trade mission to Cuba. Comer said lifting the Cuban embargo on trade is a “no brainer” and plans on being a leader in Congressional efforts to do so. Matt Markgraf speaks with Comer about how the U.S. and Kentucky’s first district could stand to gain from easing restrictions and expanding trade relations with the Caribbean island.

“We should be trading with Cuba,” Comer said. The island’s population is about 11 million people and most of their agricultural imports come from Central and South America, China and Europe. Comer said he plans on being a leader in a movement to lift the embargo.

“Sometimes Congress is slow to move and unfortunately my party, the Republican Party, is on the wrong side of history on this issue in my opinion. We should lift the embargo. That can be done legislatively,” he said.

He is a cosponsor on two House bills seeking to lift the embargo on Cuba. HR 525 seeks to modify the prohibition of U.S. assistance and financing for agricultural exports. While some ag trade between the U.S. and Cuba exists, it is limited in operation. HR 442 is a much broader measure to lift the trade embargo.

Comer said his message to the Trump administration is that Cuba is a good ‘first country’ in beginning bilateral trade negotiations. “The great deal with Cuba is they are no threat to American agriculture. In other words, they cannot produce anything in quantity that would be in direct competition with our farmers. However, they have 11 million people there, they have a tourism industry that is growing each day… so they have a market that has a potential to grow.”

Cuban exports would include fruit, coffee, rum and cigars, products Comer said aren’t in competition with American agriculture. He said Kentucky, particularly his representative district (much of the western part of the state), could stand to gain in exports to Cuba.

He said the first district could also export large amounts of soy, wheat and corn.

He said he’s confident there are enough votes to lift the embargo. He said the main opposition are Cuban American members of Congress, like Marco Rubio. He said it goes back to differences from previous generations. “What happened with the Bay of Pigs and all that, that was a terrible deal but that was before I was born. I’m a 44 year old congressman. That happened 12 or 13 years before I was born. It’s time to move on.”

Comer envisions the U.S. being a ‘leading exporter’ to Cuba, which sits 90 miles from the Florida coast.