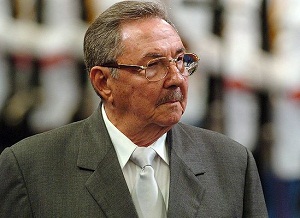 Army General Raúl Castro Ruz, President of Cuba’s Councils of State and Ministers, yesterday November 9, sent President-elect Donald Trump a message saying, “On the occasion of your election as President of the United States of America, I send you congratulations.”

Many such messages have been sent to the President-elect by heads of state and government on all continents. Similarly, organizations like the UN, the Union of South American Nations (Unasur), and the European Union (EU), among others, have conveyed messages to the winning Republican candidate.

Inside the United States, Democratic candidate Hillary Clinton, congratulated Trump, while acknowledging her defeat. Current President Barack Obama, invited the Republican to the White House, while at the same time noting that he had serious differences with Trump.

Shortly after the victory was announced, Trump spoke to supporters in the ballroom of New York City’s Midtown Hilton Hotel, launching a conciliatory message, far removed from the harsh tones he has used during the campaign. “We will get along with all other nations, willing to get along with us… We will have great relationships… I want to tell the world community that while we will always put America’s interests first, we will deal fairly with everyone, with everyone. All people and all other nations. We will seek common ground, not hostility, partnership, not conflict,” he said.

Nonetheless, in several U.S, cities, including Washington, Chicago, Philadelphia, Portland, Seattle, and New York, demonstrations broke out condemning the election of Trump as the country’s 45th President. Participants expressed their discontent with the results and described the winner as racist and xenophobic. In Pennsylvania, hundreds of students marched out of class shouting, “He is not my President.”