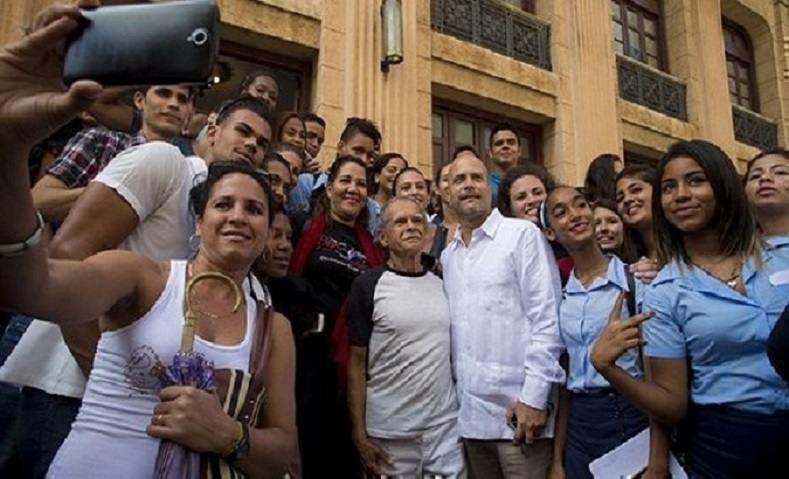 The Puerto Rican freedom fighter poses with University of Havana students who he said were the driving force of the future. Photo:Cubadebate

On his first visit to socialist Cuba since his release from U.S. prison in May, Oscar Lopez Rivera said he “felt at home.”

Nov 16 (Telesur) During his first comments to the press, Oscar Lopez Rivera expressed his gratitude and “much love to the Cuban people,” adding that the people of Puerto Rico “will be with Cuba to the end.”

The Puerto Rican independence leader, who was invited by the Cuban Institute of Friendship with the Peoples will remain in the country until Nov. 26.

Having spent nearly 36 years in the U.S. prison system for his activities aimed at securing the independence of Puerto Rico and commenting on the island’s US$73 billion debt crisis, Lopez Rivera said “Not a single Puerto Rican controls Puerto Rico. Those who control Puerto Rico are Washington and Wall Street.”

Upon his arrival at Jose Marti International Airport on Nov. 12, Lopez Rivera was greeted and hugged by Fernando Gonzalez Llort, one of the Cuban 5, who for over four years shared a prison cell with Lopez Rivera in the United States. Gonzalez Llort, now ICAP’s president, was one of five Cubans imprisoned in the United States, charged with espionage for monitoring anti-Cuban groups based in Miami to prevent terrorist actions against the Cuban people. 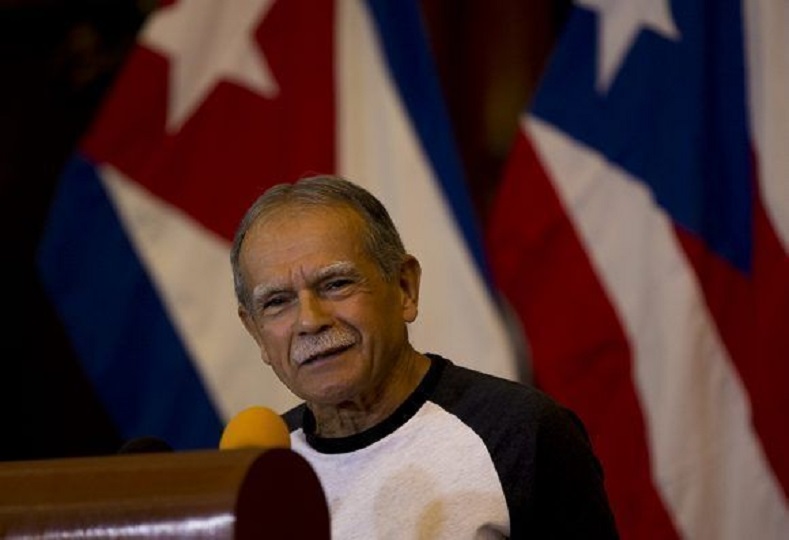 Lopez Rivera at a press conference at the University of Havana. Photo:Cubadebate 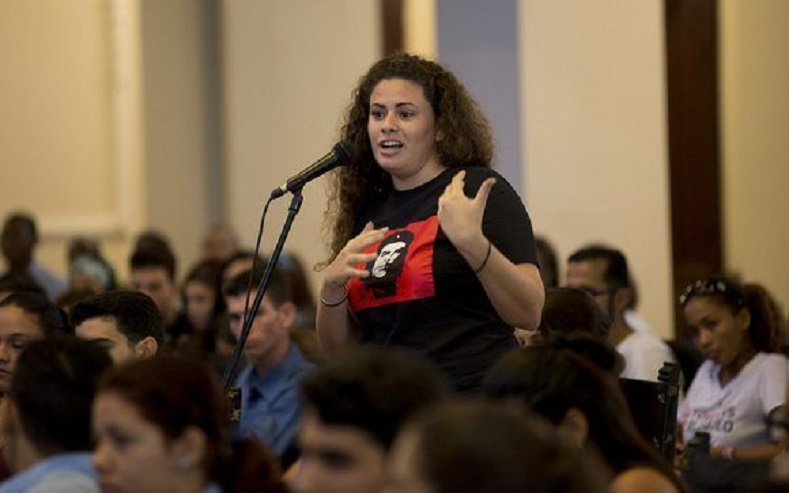 A student at the University of Havana interacts with Lopez Rivera. Photo:Cubadebate