Posted on December 4, 2017 by Anthony Brenner 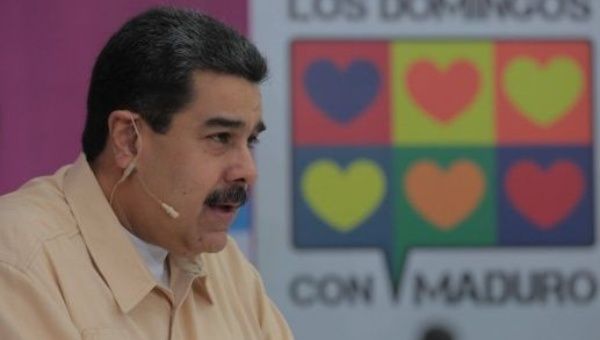 The head of the Dialogue Commission, Jorge Rodríguez, will be in charge of making all the preparations for the meeting.

“I want to invite this week deputy Julio Borges, deputy Luis Florido, deputy Timoteo Zambrano and deputy Luis Aquiles Moreno, on behalf of the political parties of the opposition Primero Justicia, Voluntad Popular, Acción Democrática and Un Nuevo Tiempo to the Miraflores Palace”, said the president in his program “Sundays with Maduro” number 98.

The meeting would be held in the presence of the Dialogue Commission. The Head of State recalled that the Government maintains a constant dialogue with all the productive and social sectors of the country.

He also stressed the importance of consolidating a formal dialogue with each of the country’s political sectors.

“Now it is necessary to have a political dialogue with all the political actors of the country, with all the forces and political factors, I have insisted that there be a dialogue and a permanent system of transparent dialogue open to the country with the Venezuelan opposition, “he added.