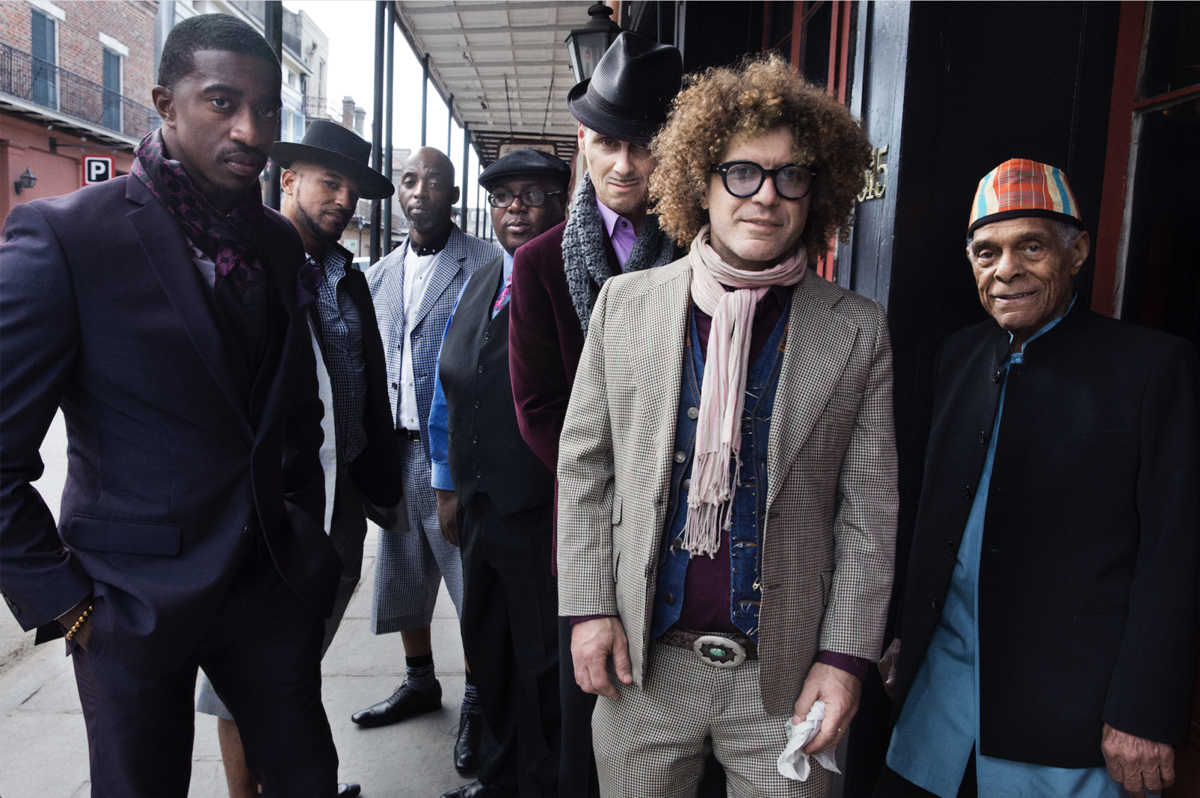 When members of the New Orleans-based Preservation Hall Jazz Band set foot in Madison on Friday to perform at Live at King Street, they won’t have to worry about the walls or ceiling of a music venue containing their lively sound.

That also applies to the band’s tenacious ability to grow and expand their musical horizons since forming in the early ‘60s. Their latest album “So It Is,” finds the band crossing the Gulf of Mexico to inject elements of Cuban music into their sound.

In 2015, the band had the opportunity to perform at the Havana Jazz Festival, and took advantage of every chance they had to indulge in Cuba’s music and history. Multi-instrumentalist Ben Jaffe, the son of Preservation Hall Jazz Band co-founders Allan and Sandra Jaffe, said the trip really inspired them to connect the similar styles of music together.

“Interacting with musicians and really immersing ourselves in the history of the country and the music and its history, it more than rubbed off on us,” said Jaffe. “It became part of us. You can hear that impact in our music. What emerged was this hybrid, this new thing.”

While that doesn’t mean that they sound like a Cuban band, Jaffe said there are “elements that overlap between our music and their music.” He likened the two as being part of one big family.

The songs are meant as a way for the band to build a bridge musically to “their brothers and sisters in Cuba.

“It’s about having a dialog and conversation,” said Jaffe. “By picking up the phone and calling someone you don’t know too well and getting to know who they are. Don’t you think the rest of the country could benefit from that?”

As politicians in Washington D.C. debate how to handle our relationship with Cuba, Jaffe feels the situation is more of a human issue than political one.

“There are people not even 90 miles off of our shores who don’t get proper nutrition, who don’t have access to proper medical care, who are deprived of basic human rights,” he said. “And we have a hand in that. We have a hand in depriving them of those rights. I don’t think any human should be treated that way.”

The band has also lent support closer to home with helping New Orleans get back on its feet in the years since Hurricane Katrina.

“We spent a good part of the last decade rebuilding our city,” Jaffe said. “That’s more than just physically rebuilding the buildings of the city. You’re also rebuilding your community. That will always be part of who we are. There’s not one person in the city that was not affected by Katrina. It was to what degree were you impacted.”

“New Orleans is a world city,” Jaffe added. “We’re the city that gives the world music. We’re the backbone, the consciousness of this country. It’s not about the music or the seven songs on the album, it’s about a movement. This is us telling the country what’s right and wrong with this country.”

Jaffe wrote many of the songs with the help of 84-year-old saxophonist Charlie Gabriel. The band remains rooted in honoring the past thanks to their veterans, while injecting some freshness thanks to their newcomers. Over the years, finding a way to keep the band going with new members has been a challenge.

“We were born to play music. This is our God-given right.”