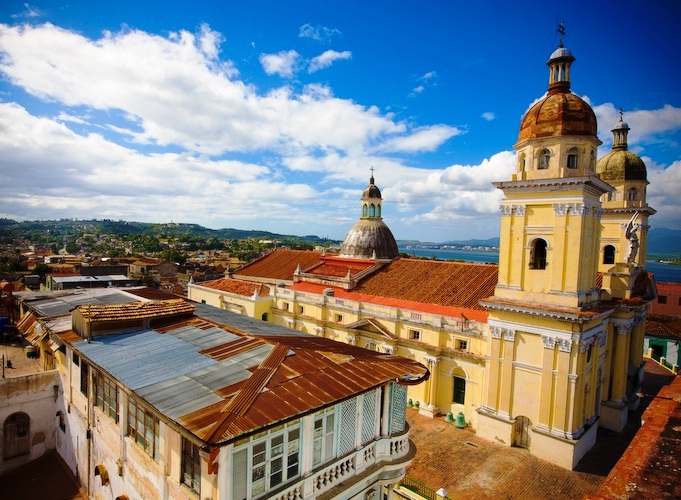 SANTIAGO DE CUBA, Jan 17 (NNN-Prensa Latina ) — The potential of the city of Santiago de Cuba for global solidarity to Cuba and from Cuba were ratified during the analysis of the work of the branch of the Institute of Friendship with the Peoples (ICAP) during 2014.

Fernando González, vice president of ICAP and the second of the five anti-terrorist fighters released in the US, highlighted the historical and cultural virtues of the city that make it an eye-catcher for friends of the island and source of own projects for these endeavors.

During the recent completed 2014, almost a thousand solidary activists were treated here by the Institute, in 46 groups from 15 nations, with the biggest presence of activists from the United States, Puerto Rico, France, Austria, Spain, Sweden, Finland, Germany and Switzerland.

Also, 64 personalities were received, including diplomats and parliamentarians from different latitudes, plus brigades such as the Carlos Habré, from Belgium, and the Ernesto Che Guevara, which contributed with donations and personal efforts in the rehabilitation of health and educational centers.

Contexts for boosting friendly relations with other peoples are the International Festival of the Caribbean, which 35th edition is getting ready for next July, the Symposia Social Communication Symposia and the Conference on African Influence, among other events with foreign participation and students foreigners in the three universities.

Another opportunity towards this goal will be the celebration, coming in July, the 500th anniversary of the foundation of Santiago and the 62nd anniversary of the assault on the Moncada Barracks, historical deed starred by the leader of the Cuban Revolution, Fidel Castro, at the head of young revolutionaries, on July 26, 1953.