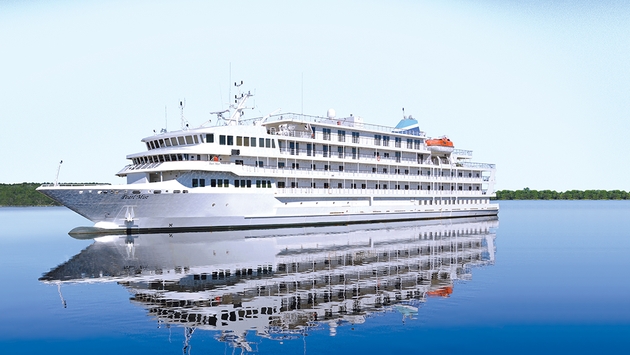 The seven- to 10-night cruises would offer the People-to-People educational and cultural programming that legalizes travel to the island long off-limits to Americans.

The cruises would be operated by the Pearl Mist, a new 210-passenger luxury cruise ship, round-trip from South Florida to both the Southern and Northern coasts, including ports such as Havana, Cienfuegos and Santiago de Cuba.

Pearl Seas President Charles A. Robertson made no secret of his desire to begin operating to Cuba once President Obama announced late last year that he was working to restore diplomatic relations with Cuba. In fact, the cruise company issued a press release back in January that it was exploring itinerary options.

“We are delighted to play such an important role in the People-to-People program in support of the Cuban people,” Robertson said. “The 210-passenger Pearl Mist allows access to more of Cuba’s ports and regions, while providing a relaxed means to engage directly with Cubans and explore the rich history and fabric of Cuban culture.”

However, Pearl Seas said its Cuba voyages still are pending approval by the Office of Foreign Assets Control of the U.S. Treasury, the Department of Commerce and the Cuban government.

Carnival Corp.’s Fathom brand also recently announced plans to sail to Cuba starting in May. Carnival said it had obtained approval from the U.S. government but was awaiting the go-ahead from Cuban authorities.

Also, Haimark Line revealed plans to operate cruises from Florida to the long off-limits island starting in February. It hopes to operate legally under an extension of the approval granted to United Caribbean Lines, a company headed by veteran cruise executive Bruce Nierenberg that also plans to start ferry service to Cuba.

MSC Cruises will base a ship in Cuba for the winter 2015-16 season, but the cruises are not yet marketed to Americans.

A Canadian company, Cuba Cruise, started sailing around the island in the 2013-14 winter season. Athens-based Celestyal Cruises now is the majority shareholder in that company.

Just last week, the U.S. and Cuba resumed diplomatic ties and reopened embassies for the first time in more than 50 years.