CUBA STANDARD — In a speech to labor union delegates on Feb. 23, President Raúl Castro reiterated that a new foreign investment law will be discussed in a special session of the National Assembly in March. 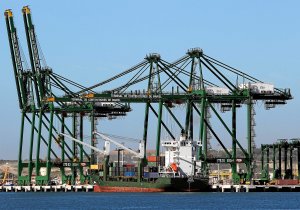 Castro told the congress of the Central de Trabajadores de Cuba (CTC) Feb. 23 that the executive has been working on a draft that will be submitted to the parliament in March. He urged workers to support attracting foreign investment, in order to “stimulate the economy.”

Two weeks ago, Foreign Trade and Investment Minister Rodrigo Malmierca reportedly told European Union officials that discussion of the law had been postponed from the March date.

The new law, together with an export processing zone at Mariel, are Cuba’s best bet to trigger economic growth, which is much needed to help economic reforms succeed. Growth goals for 2013 fell short, as tourism remained below expectations, and as the country was forced to import more high-priced food than anticipated.

Foreign suppliers report that Cuban state companies that buy their products and services are not purchasing as they used to, and if they do, they are asking for longer payment terms. They attribute part of the new stinginess to the piecemeal introduction of devaluation, as the central bank is beginning the unification of the non-convertible Cuban peso and the convertible CUC.

“It’s no secret that since Jan. 1, cash hasn’t been flowing as it used to, because of currency unification,” said an executive of a German company who declined to go on the record. “There’s talk of 720 days [payment term]. As of now, we do have confirmed letters of credit. We’ll see how long that holds.”

“The failure of investment plans can be blamed on inefficient state enterprises, Cuba’s difficulties to tap into international sources of financing, and the lack of change in the country’s foreign investment policy,” Vidal wrote in a recent Cuba Standard Economic Trend Report. “The reform of state enterprises will take time, and Cuba’s access to international financial markets will remain limited, among others due to U.S. sanctions. Therefore, the government’s apparently most expeditious option to comply with its investment plans and accelerate GDP growth is opening the economy more to international capital.”

The new rules for the Mariel Zone have caught the attention of foreign investors. They include a one-stop system to speed up applications, lower taxes and tax exemptions, the option of establishing 100-percent foreign owned companies, and autonomy of the Zone’s administrators for speedy approval of most investment proposals. The previous system of contracting labor via a state intermediary continues, but the state can only withhold up to 20% of the salary agreed between the foreign company and workers — a drastic change from previous patterns.

Many elements of the Mariel Zone rules will be found in the new foreign investment law, observers say.

Marino Murillo, the chief coordinator of the economic reforms, told the union delegates that it was time to overcome the ever-repeating cycle of cash crunches, which have been slowing down the reform process.

“In the past few years, we have had a lot of hard-currency scarcity,” he said. “We have had to confront the slide into more into debt. You can’t live renegotiating the country’s external debt again and again. Managing the hard-currency scarcity has taken a lot of our time. You have to manage it, of course, but it got to the point where we had to begin to think long-term and design development variables, with long-term plans through 2030.”

Even though he admitted that Cuba’s rock-bottom salaries contribute to low productivity, Castro told the union delegates that raises for state employees — except healthcare workers — were out of the question. Raises without productivity increases would push the country into an inflationary spiral, he said.

Meanwhile, Murillo, said egalitarianism was on its way out.

“We have to make egalitarianism disappear,” Murillo said, according to official websiteCubadebate. “The standard of living will depend on the work contributed by each, because [work] has to be the main source of income, which it isn’t today.”