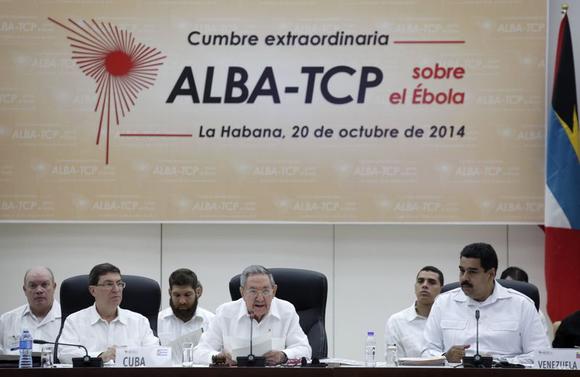 The implications of the 2014 Ebola outbreak are catastrophic to say the least.

The breath of the crisis was brought to the fore last month when 130 countries co-sponsored Resolution 2177 in the United Nations Security Council, “urging immediate action” to “end the isolation of affected states.”

UN Secretary General, Ban ki-moon, noted that “The gravity and scale of the situation now requires a level of international action unprecedented for an emergency.” The Resolution called on countries to lift border restrictions on the affected countries since this could undermine their efforts to respond to the crisis.

Despite this call, pandemic pandemonium rages as states choose to cooperate or isolate.  Some in the Caribbean and Latin America have announced travel bans on citizens of Guinea, Sierra Leone and Liberia. Among these are Trinidad and Tobago, Antigua, St Kitts and Nevis, Guyana, Belize and Jamaica. Others such as Haiti, Peru and Colombia have embarked on quarantining and screening travellers and citizens who have visited Ebola stricken countries.

Yet, leaders of the region have recognised that intense cooperation is required to combat the Ebola spread. Last Monday, several representatives of the ALBA group of countries attended an Extraordinary Ebola Summit in Havana. Amongst them were the presidents of Cuba, Venezuela, Bolivia, Nicaragua and Haiti and the prime ministers of Saint Lucia and Saint Vincent and the Grenadines. Senior officials from ALBA members, Ecuador, Dominica, and Antigua and Barbuda as well as representatives from the United Nations, the World Health Organisation and the Pan American Health Organisation were also in attendance.

At the Summit, Cuban leader, Raul Castro, noted that “if this threat is not stopped in West Africa with an immediate international response… it could become one of the gravest pandemics in human history.” Cuba has agreed to send 461 doctors to West Africa—the largest contingent of any single country to fight the outbreak.

Indeed, in a surprising move, Castro announced Cuba’s willingness to set aside 55 years of hostility with the United States to treat with the outbreak, prompting US Secretary of State, John Kerry, to laud Cuba’s contribution in proportion to its population of 11 million. The US hopes to send 4,000 military engineers, medical personnel and other troops to West Africa.

Ebola is by no means the first to plague the world. Notable pandemics over time include smallpox, tuberculosis, cholera, leprosy, malaria, yellow fever, influenza, SARS, Avian Flu and HIV and Aids. However, the outbreak naturally prompts a debate on the social, economic and political ramifications of the disease.

Socially, the virus can eliminate huge sections of national populations. To date, more than 9,000 persons are infected and some 4,555 have died. Invaluable human resources are being rapidly wiped out as the disease continues to advance exponentially.

Apart from the impact on family life, there are far reaching implications for travel and vacation as states continue the aggressive ban on citizens of affected countries and those in contact with infected persons.

Economically, there are severe repercussion for the quality and quantity of the work force and ultimately, the level of productivity. Moreover, many countries are heavily dependent on tourism for their survival. Small island states such as St Lucia, Barbados, Grenada and Jamaica are particularly vulnerable. Recently, St Lucia’s Prime Minister, Kenny Anthony, told the Miami Herald that “We are an exceedingly small country with very limited resources and inexperienced in dealing with a global health crisis.”

Caribbean territories also face a real threat to investment opportunities. In Trinidad and Tobago, stakeholders are now forced to determine whether Carnival 2015 should be cancelled. It is left to be seen whether the chorus in songs of Soca artistes, Benjai and Screws, “Ebola cyah stop meh soca” would materialise since it could ultimately redound to whether “the greatest show on earth” is more important than human life.

Politically, the virus poses a serious threat to both human security and state security.

The UN resolution affirms that the Ebola outbreak in Africa constitutes a threat to international peace and security. It stressed that the outbreak is undermining the stability of the most affected countries which can lead to of civil unrest, social tensions and a deterioration of the political and security climate.

This suggests that Ebola may also have implications for domestic politics in Trinidad and Tobago in the light of an impending general election in 2015. Would the People’s Partnership be affected positively or negatively if the Government is forced to cancel Carnival next year?

But Carnival aside, much would depend on the Government’s capacity to effectively manage the crisis. Moreover, both Government and Opposition need to collaborate with each other as well as with national, regional and international stakeholders to combat this dreaded pandemic before pandemonium reigns.