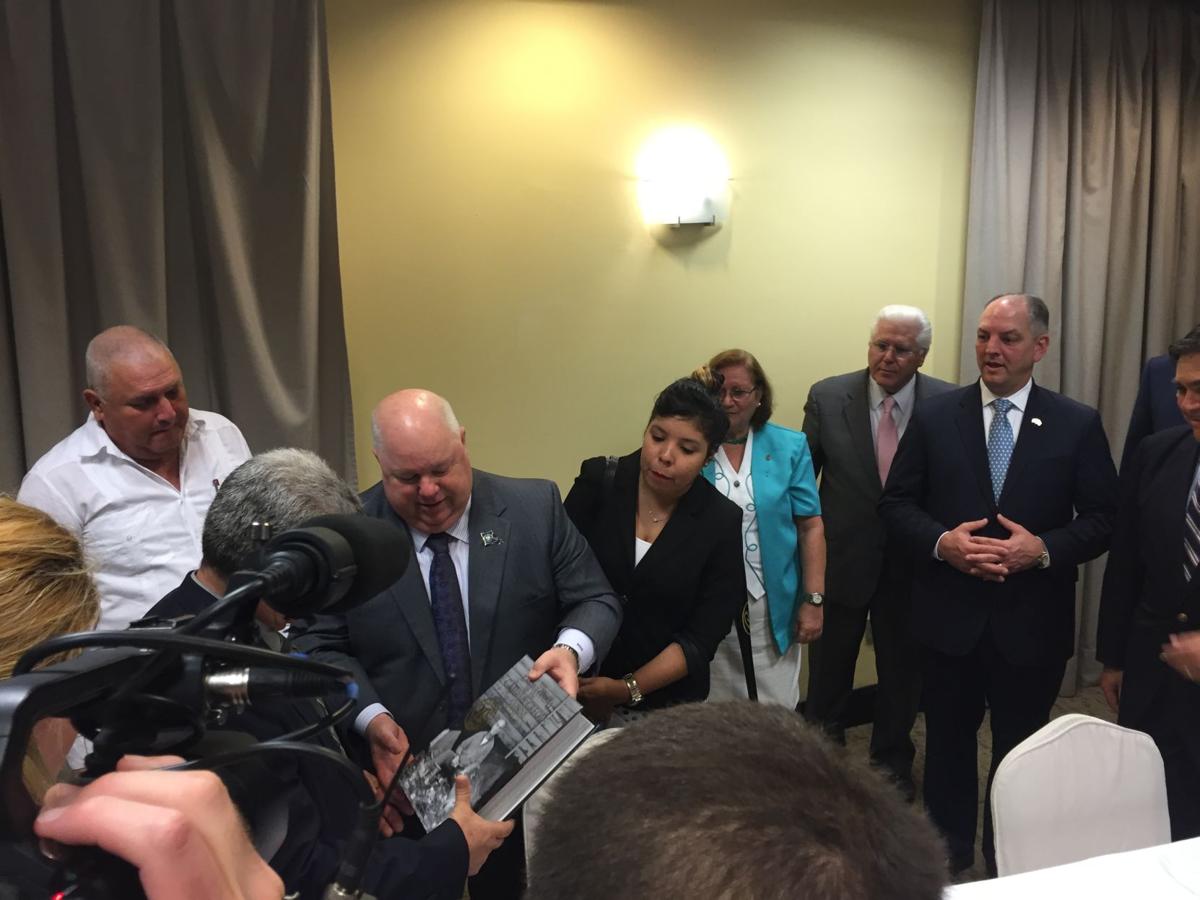 As a historic trading partner with Cuba, Louisiana is poised to benefit from a more normal relationship with the island, long in the grip of an outdated Communist government and under resulting trade restrictions with the United States.

President Donald Trump, in haste to differ with his predecessor, has announced a rollback of the opening of travel to the island. The new restrictions, though, appear not to affect the opening of a formal embassy in Havana under President Barack Obama.

A strong booster of exports to Cuba from Louisiana is Mike Strain, the commissioner of agriculture and forestry. “Agriculture is generally unaffected by the new policy,” he said of the Trump administration’s planned restrictions on sales to the island’s military.

Given that Trump has turned a blind eye to human rights violations from Russia to the Middle East and in Asia, the stated rationale for new restrictions on Cuba is questionable. The hope in Obama’s initiative was that more openness and trade will lead to a less repressive government on the island. That would, of course, be the best result for the oppressed Cuban people.

Louisiana officials put more emphasis recently on what won’t change, as they understand the new rules. Official groups, like one from the Lafayette International Center, will continue to try to build ties with Cuban cultural institutions to promote tourism — a mutual profit center.

Big money, though, is in Strain’s department as well: According to the U.S. International Trade Administration, Louisiana did more business with Cuba than any state in 2016, sending over $114.2 million in exports. Much of that trade is in agricultural exports, such as rice, flour and sugar. In contrast, Alabama, the second-biggest trading partner with Cuba, shipped just under $44 million in exports.

We support greater trade with Cuba. Louisiana farms and ranches could be big winners.

Gov. John Bel Edwards and Strain have pushed for increased trade between Louisiana and Cuba, but there are a thousand difficulties — not just U.S. government rules and regulations, but also language and business cultures, the balancing of supply and demand — that will take a lot of work. That’s all the more reason to get the ball rolling now.

Strain made two trips to the country in 2016. That is a healthy start to a process of expanding trade with the island. We hope that the progress will continue and that the Trump administration, eager for job growth in the U.S., will see trade as an avenue toward prosperity both in this country and in Cuba.