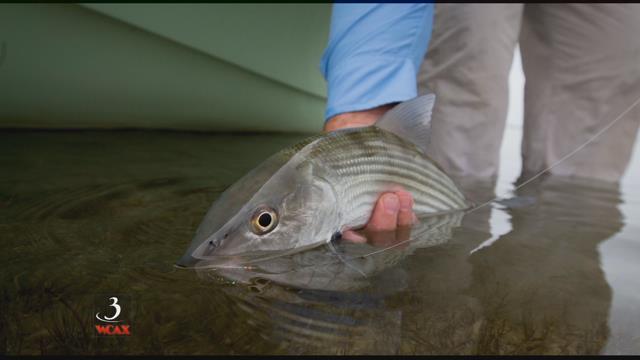 SUNDERLAND, Vt. – Research, planning and traveling: Orvis Adventures’ senior manager Simon Perkins has had a lot on his plate for the company’s newest venture.

“Cuba’s been on the radar for quite a while now,” Perkins said.

The Vermont-based company that specializes in fly-fishing, hunting and sporting goods also boasts another feature– adventure trips, which send customers around the world to experience foreign culture including everything from fishing to feasting.

Orvis already sends travelers to places like New Zealand, South America and Africa. And now Cuba came up with the Obama administration’s move to restore diplomatic relations between the island nation and the U.S.

“For 18 months we’ve been developing this trip,” Perkins said. “Our goal was to make sure we did this right, and by that I mean make sure it’s 100 percent compliant by U.S. and Cuba regulations.”

Orvis worked with a team of legal advisors to make the trip possible. Though travel between the countries is now more lenient, foreigners still have to travel under special licenses.

“We’re doing it under a people to people license where you have to have a certain amount of meaningful interactions with the people, the culture, to comply with that license,” Perkins explained.

Besides the legalities, a top priority was making the visit authentic. The eight-day trips will begin in October and continue through spring. Travelers will spend half the trip fishing in pristine national parks, and the other half with Cubans, who will share their parts of Cuba with them.

“Stuff like you visit a musician in his house and have drinks with him, and he talks about the history of music in Cuba and then he plays a couple of original compositions for you,” Perkins said.

The adventure comes at a price– just over $6,000 per person.

Perkins was part of a group of employees who took the trip as a trial run.

“It’s been eye-opening and an experience that has been incredible to be a part of, and now we get to bring our customers on that trip with us,” Perkins said.

The company hopes the trips will click with customers and play a part in strengthening relations between the two countries.