Opinion Universal healthcare, no illiteracy and other Cuban feats under a U.S. embargo 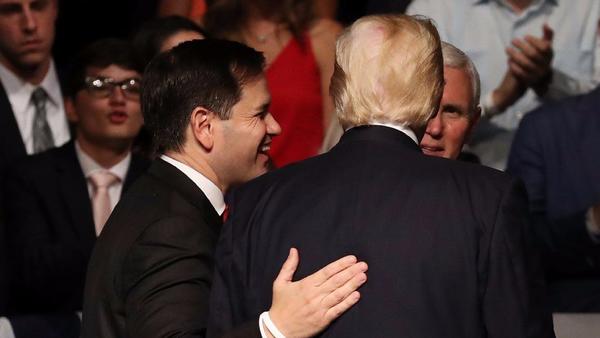 To the editor: U.S. policy toward Cuba has been hijacked by a clique of Cuban American politicians who, along with President Trump, have demonstrated the corrupt nature of America’s political system. Can such a system serve as a symbol of “freedom” to anyone in the world? (“Trump rolls back some of Obama’s openings to Cuba,” June 16)

Cuba’s medical brigades were instrumental in controlling the Ebola epidemic in Africa, a feat acknowledged by the World Health Organization. Cuba has one of the highest physician-to-population ratios in the world, the longevity of its population is comparable to that of the United States, and the Cuban people receive free healthcare, education, housing and pensions — along with employment security.

Cuba has virtually no drug trafficking, homelessness, illiteracy or malnutrition. Its advances in biotechnology stand alone in Latin America as a symbol of what a small nation with very limited resources can do.

These accomplishments were achieved despite a punishing, 56-year embargo perpetrated by the world’s most powerful nation.

To the editor: Any American who wishes to visit Cuba can do what I did 20 years ago: Go to another country and fly to Cuba from there.

I went to the Bahamas and caught a flight to Havana. There was no problem at all, and the Cuban people, in spite of the U.S. embargo, were friendly and welcoming.

Best of all, there weren’t hordes of American tourists swarming all over the city.

To the editor: As a citizen of a free country, I should have the right to travel to any other country that is willing to admit me as a visitor, the only exceptions being those my country is at war with.

Is the United States no longer a free country, or did I miss the announcement about the declaration of war against Cuba?