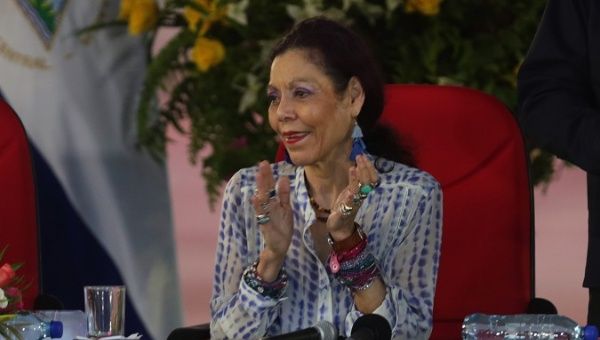 “We are not only going to have what we already had in terms of economic projections, but we are going to surpass them,” said Vice-President Rosario Murillo.

“Our Nicaragua will continue to attract tourists… We will be present throughout, always promoting our beautiful Nicaragua. We are also working step-by-step to recover on the economic plain,” she said.

Nicaragua will be participating in a number of upcoming tourism conventions being held in Argentina, Venezuela, the United States, and across Europe, Murillo said.

The vice president’s announcement follows the introduction of new security measures on Tuesday to quell the last remaining pockets of violence in the four-month wave of anti-government protests.

“Hate has no place in Nicaragua, here we see a smiling people, dedicated to their jobs, a people that animated by faith moves forward every day in joy for which we thank God to live in peace, our peace treasure, and blessing,” she said.

The security measures will allow for greater national stability and allow the country to assess new international ventures in trade and tourism, Murillo said.

“We are not only going to have what we already had in terms of economic projections, but we are going to surpass them. We have the capacity to work with self-denial, get up and move on,” Murillo said.

Meanwhile, government supporters responded to President Daniel Ortega’s call to action with a march planned for this weekend. Saturday’s event is in response to the hundreds of lives lost in the riots that have rocked the country since mid-April.

A report by the Truth, Justice and Peace Commission last week indicated that of the 270 victims, 246 were men, 11 women and 13 children. People between the ages of 16 and 25 comprised the highest number of deaths (100), according to the report.

The highest number of deaths occurred in the department of Managua, which registered 114 killings, followed by Masaya (37); Carazo (19), Leon (18) and Matagalpa (16).