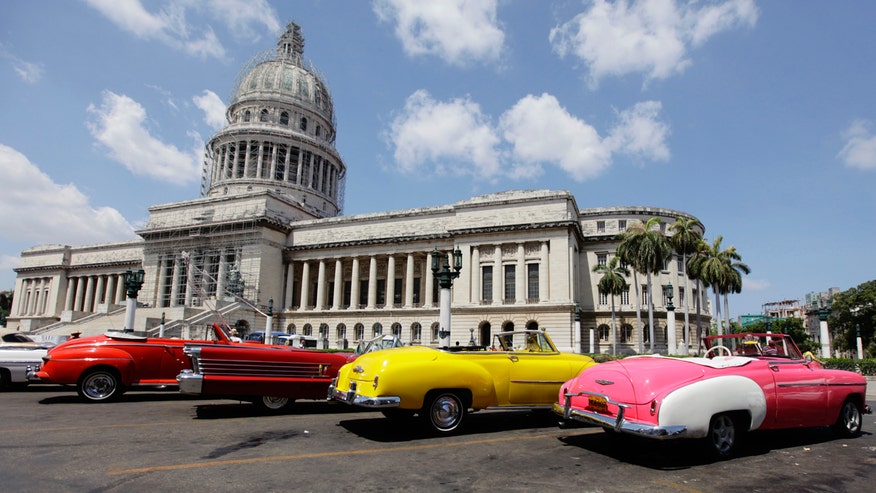 U.S.-made vintage convertible cars are parked beside the Capitol Building in Havana May 15, 2013. (Reuters)

Americans are still not permitted to visit Cuba for tourism purposes but that doesn’t mean the island isn’t drawing the attention of the millennial generation and some baby boomers. Forty-six percent are interested in touring Cuba in comparison to 36% of baby boomers, according to a new survey conducted by a Harris Poll on behalf of Switchfly, Inc.

The report breaks down with 37% of American men and women interested in Cuba travel of which includes:

“Cuba is super cool it’s opening up as a new destination for most Americans who in the last two or three generations never had the opportunity to go to Cuba because of all the trade embargoes associated with the country,” said Daniel Farrar, CEO of Switchfly, Inc. “Looking at the pictures of Cuba it’s a virtual time warp of a visual paradise that I think a lot of people especially millennials want to experience.”

Millennials represent more than one quarter of the nation’s population, standing at about 83.1 million and exceeding the size of 75.4 million baby boomers, according to U.S. Census Bureau estimates released in June. Switchfly says the growing number of millennials and their unconventional travel style is not going unnoticed.

“These aren’t people that are looking for the traditional resorts, they are looking for travel experiences with a desire to explore,” said Farrar. “A lot of millennials we have found not only want to see a new place but they will also volunteer.”

Farrar says millennials are a generation of travelers that are growing up in a social world with a very story driven interactive experience, they want to do everything on their mobile devices including finding reviews and booking their travel plans solo. He says millennials are more on the fly with their behavior and don’t have the need to plan out every step of their touristic adventures as previous generations.

“When you think about Cuba how much more adventurous can you get? It’s a place were you can have an experience where frankly many people have not had the chance to do.”

Farrar says one of reasons baby boomers rated lower than millennials for interest in Cuba travel is because older travelers require more comfortable accommodations and set itineraries when they go on vacation something the island may not be able to provide.

“As you get into older generations, beyond 45 and above I think you will find people who are interested in traveling the way they always traveled with agents handling the trip details and bookings, I don’t think Cuba is equipped at this point to handle that demand.”

Of those considering a visit to Cuba, 35% said they would wait 2-5 years to visit once the “kinks” were worked out, including 45% of 55-64 year-olds and 36% said they might go within 5-10 years. On the other hand, 44% of millennials prefer to go to Cuba before American tourists spoil the island.

“As Cuba becomes an easier destination to travel to it will change people’s views about their desire to visit,” said Farrar.

The Harris Poll conducted the survey online within the United States from September 14-16, among 2,031 adults ages 18 and older. The online survey is not based on a probability sample and therefore no estimate of theoretical sampling error can be calculated.