Napa doctor will travel to Cuba to train other doctors 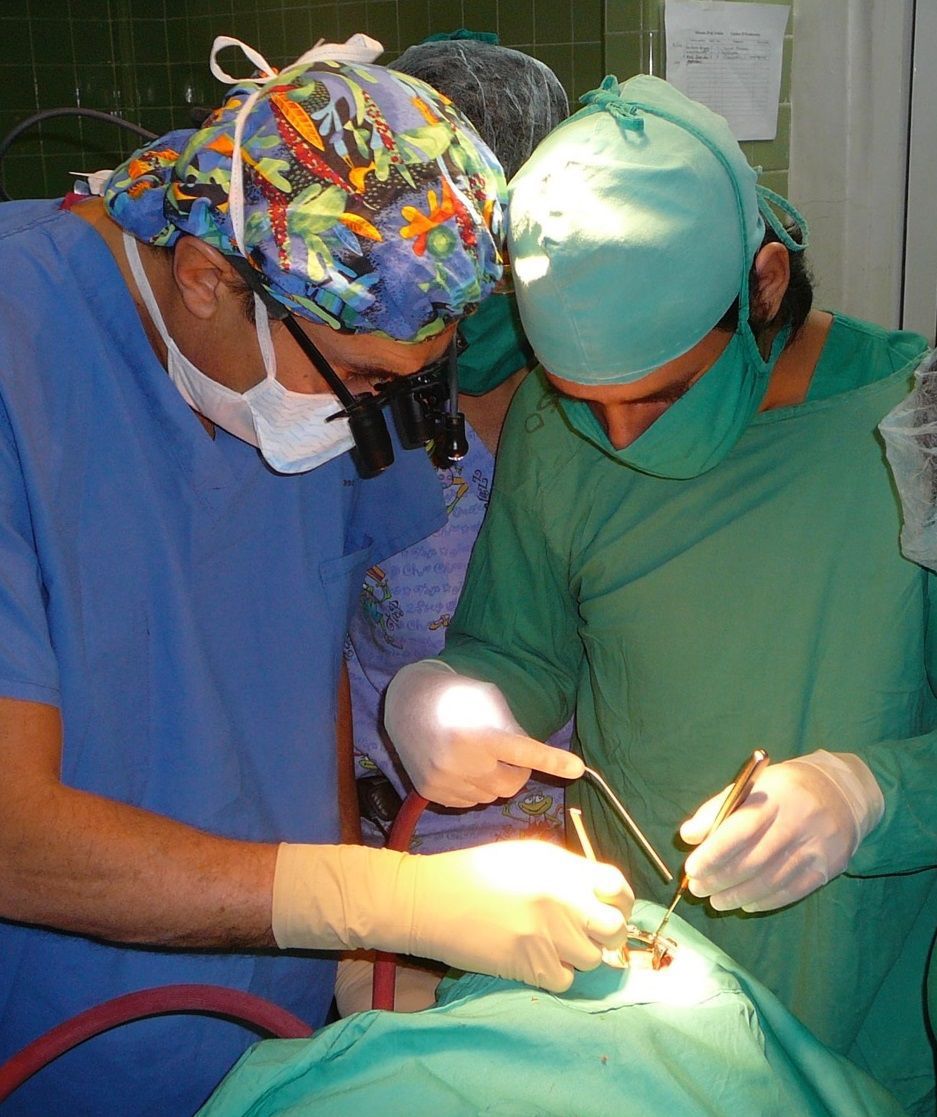 Dr. William McClure of Napa, left, is shown here teaching a Cuban resident how to do a cleft palate repair. The resident is doing the procedure himself under McClure’s guidance. This photo was taken in Havana, Cuba during a 2008 medical visit.

The Cuban government has asked a Napa doctor and his California colleagues to teach advanced reconstructive surgery techniques to the country’s own physicians.

Dr. William McClure is part of a team of 10 surgeons — mainly from Stanford, UC Davis and UC Irvine — who will fly to Cuba for a five-day stay in early November.

The program will begin with a symposium attended by every Cuban reconstructive surgeon and resident – a total of about 280 people.

McClure said Cuba has “exceptional physicians” but most are trained to provide primary medical care, and haven’t had the opportunity to learn advanced techniques.

Cuban doctors are government employees who earn much less than people in the tourist business, like a bus driver, he said.

“Which shows me how dedicated they are,” said McClure. Cuban doctors aren’t in the profession for the money. “It’s really love of their patients and wanting to really help. That’s what drives them.”

McClure said that this isn’t a case of “the Americans” coming down to help “the poor Cubans.”

According to the doctor, “overall, public health is better in Cuba than it is in the U.S. They emphasize primary care much more than we do,” and such care is completely covered by the government.

These doctors have great potential, he said. “All they need is this advanced training,” or “a bit of an educational push.”

“We’re coming down as partners,” he said. “It’s not a hand-out, it’s hand up,” he said.
Helping patients and training doctors is rewarding, said McClure.

A child with a cleft lip, for example, is often ostracized, along with the family. For an operation that only takes about an hour, “you have changed this child’s life completely and not only the child but the family too,” said the doctor.

The plan is to start a five-year advanced reconstructive surgery training program for the Cuban doctors.

American doctors will teach their Cuban counterparts how to treat their patients with problems such as cleft lips or palettes, facial and hand deformities and burn scars, and reconstruction from breast, head or neck cancer procedures. Once the five-year training is finished, those Cuban doctors will be able to train their own colleagues in the future.

Besides helping patients, “There is almost as much joy when you have taught a colleague to do something new,” said McClure. “We teachers get more out of it than the students.”
It’s also a chance for the Cuban people to see another side of Americans.

“Most of them have never met an American before,” he said. With this program, “their first encounter is people who are coming down to be friends,” and help them.

“It’s like person-to-person diplomacy on a small scale. That is also very gratifying on both sides.”

This will be McClure’s fifth teaching visit to the communist country.

The five-year program is organized by surgeons like McClure, who is affiliated with Stanford University, and sponsored by the nonprofit ReSurge International.

Nine years ago McClure, local developer Michael Holcomb and other supporters tried to start a similar program in Cuba. Given the political climate at the time, the program couldn’t be sustained.

With the help of Holcomb and others, including program coordinator Mario Gutierrez, also of Napa, McClure said the group hopes to send 12 to 24 visiting medical educators to Cuba each year. To accommodate the doctors’ busy schedules, they only stay about four to five days.

Eventually he’d like some of the Cuban doctors to travel to Napa for an exchange program.

During the November visit, “I’ll be teaching cleft lip surgery and treatment of burn patients,” he said.

To help fund this five-year program, the group is looking to raise about $80,000 per year for five years. Holcomb is a big supporter.

“You have to give back,” said Holcomb, who has personally contributed money.

Noting the number of medical missions McClure has gone on, Holcomb said “You have to admire someone like that.”

This isn’t the first time McClure has visited another country to help patients and train doctors. He’s made more than 75 such trips over 36 years to countries in Asia, Africa, South America and Eastern Europe.

When asked how Cuba has changed from his first visits in 2005 and 2008, McClure said, “It’s kind of sad in some ways, because so much is the same, (only) more run down.”

However, now that travel restrictions have been lifted, “Cuba is about to explode,” he said. “It’s going to be a very desirable tourist location.”

Havana and other cities are great destinations but the hotel industry has not been developed. Therefore, many people stay in private homes when they visit.

While McClure will spend most of his time in hospitals, he enjoys breakfast with his hosts, along with lunch and dinner at Cuban restaurants.

“It’s a cliché but cigars and rum” are exceptional in Cuba, he said. Prices in the main cities are comparable to U.S. costs, but once you leave the tourist areas, costs are much cheaper.

“The nicest part is meeting our doctor counterparts and becoming friends,” he said.