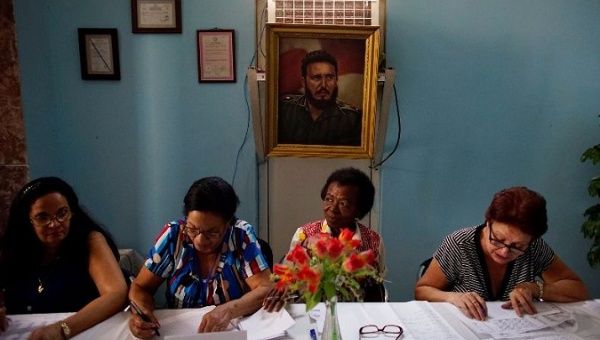 The election took place just after the one-year anniversary of the death of late Cuban leader and revolutionary, Fidel Castro. | Photo: Reuters

The president of the National Electoral Commission emphasized that the day passed with tranquility, organization and discipline.

Nov 27 (Telesur) Seven million 608,404 Cubans went to the polls this past Sunday to elect the delegates to the municipal assemblies of the Popular Power, reported on Monday Alina Balseiro, president of the National Electoral Commission (CEN).

This figure represents 85.94 percent of the eight million 855,213 citizens summoned to exercise their right to vote in the first stage of the 2017-2018 general elections, according to data offered by Balseiro at a press conference. 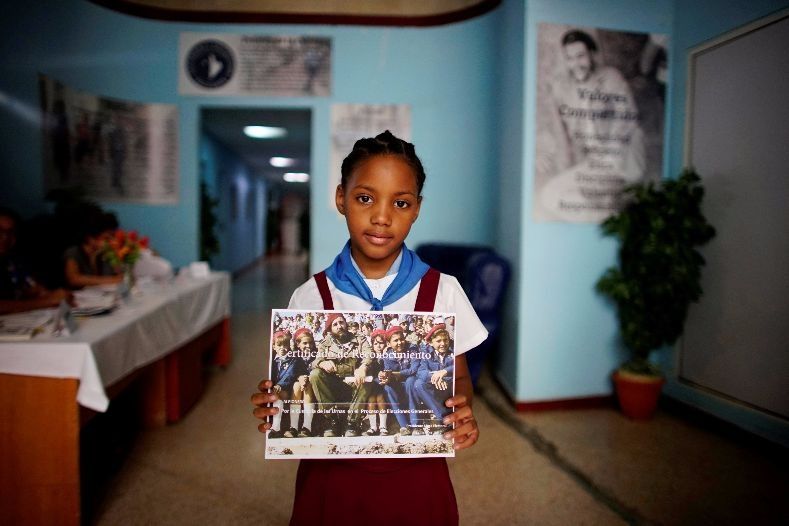 -The number of voters this past Sunday increased by 54,882 with respect to the elections of 2015.

– The provinces with the best percentages of valid ballots were Santiago de Cuba, Guantanamo, Las Tunas, Granma and Sancti Spíritus.

Balseiro stressed that the election day passed with calm, organization, discipline and compliance with the law. He also thanked the agencies and institutions that supported the process.