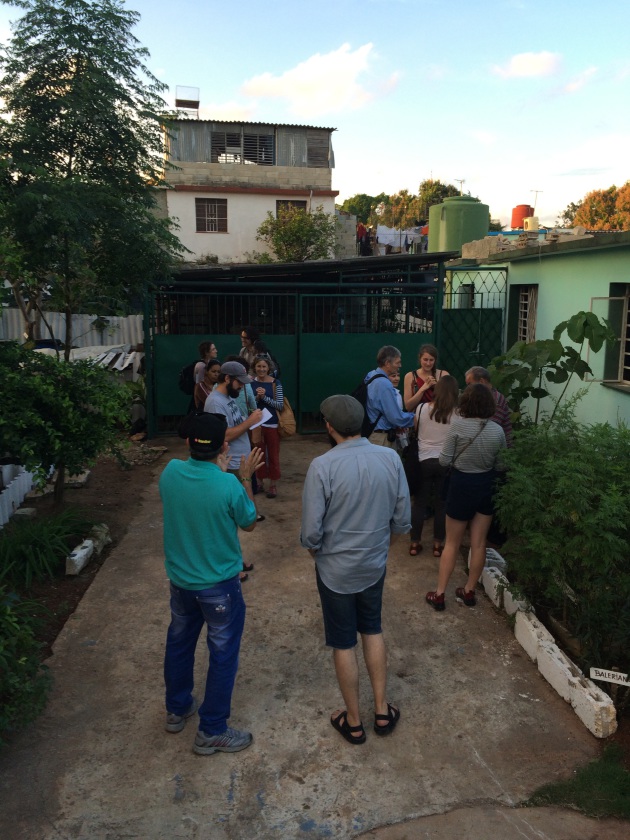 Two Minneapolis City Council aides were part of a Twin Cities group that recently spent more than a a week in Cuba, visiting co-ops and compost sites and picking up information on urban agriculture.

Robin Garwood, a policy aide for Council Member Cam Gordon and Ben Somogyi, policy aide for Council Member Lisa Bender, said the trip offered a chance to get a new perspective on agriculture efforts championed by both council members. The two joined 10 other people, several of them with Stone’s Throw Urban farm, on the “food sovereignty” trip organized by think tank Food First.

The nine-day visit included visits to urban farms in and outside of Cuba’s capital city, Havana.

Garwood said the trip was organized months before the U.S. announced it was taking formal steps to open up relations between the two countries. It was selected because the country is known for innovation in how it grows and uses food, particularly in urban areas. For the last few decades, Garwood said, Cubans have been perfecting a system that uses very few pesticides or other chemicals, because they were unable to import them.

He said the Cubans he spoke with are interested in developing more of a self-sustaining, local food system.

“They want to reduce their imports, to the point they’re not importing (much) food,” he said.

Somogyi said Bender has been working on building up local opportunities for small-scale composting businesses, and the trip provided an up-close look at composting systems with a long history of success. Some of the stops on the tour included places that use worms for composting.

“Seeing what we could do to help have really good controls on allowing composting businesses in the city and also hearing what farmers are actually doing — that, in particular was fascinating,” he said.

Minneapolis is rolling out a new compost program for residents this year.

Somogyi funded the trip out of his own pocket, while Garwood covered half the expense. Gordon’s office picked up about $2,000 of the tab.

Both council staffers said they’re working on a report on the trip that can be shared with other council members and local leaders. They said their observations from Cuba will be helpful in shaping city policies, including on the use of public land for community and market gardens.

Tracy Sides, the founder and executive director of Urban Oasis, a St. Paul sustainable food center, said the trip was a useful opportunity for food-focused leaders to get to know each other and share ideas about work that could be done in the Twin Cities.

She said Cuba has an “enviable” level of connection between neighborhood groups and local and national government when it comes to growing and sharing food — and she’d like to see a closer connection at home.

“I do feel like there is some really great energy around strengthening our local and regional food system that is coalescing,” she said.