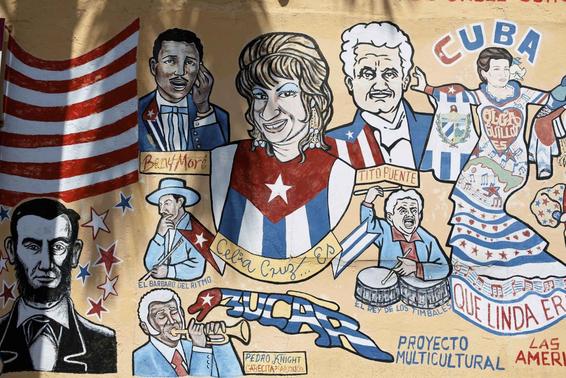 (Reuters) – Cuban exile Joe Arriola at one time would never have dreamed of returning to his homeland while it was under communist rule.But after 53 years in the United States, the former manager of the city of Miami swallowed his pride and decided he had waited long enough.

Arriola, 67, said a weeklong trip to the island last year had opened his eyes to what he now believes is a failed U.S. policy of trying to isolate Cuba.

“The number one weapon we have is capitalism, and we are not using it,” he said over breakfast at the Riviera Country Club in Coral Gables, a bastion of older, conservative-minded exiles in Miami-Dade County. “We should be flooding the place with tourists and commerce.”

Tired of waiting for the end of communism in Cuba, more and more Cuban-Americans have concluded that it is time for the United States to allow more engagement with the island they left behind, polls show.

“Our president has not had the guts to do the right thing,” said Arriola, who helped raise funds for Barack Obama’s campaign and whose son, Ricky, sits on the President’s Committee on the Arts and the Humanities.

Advocates of policy change say the administration’s caution stems less these days from concerns about a Miami backlash than from the hard-line stance of lawmakers like Bob Menendez, a Cuban-American and the influential chair of the Senate Foreign Relations Committee.

The New Jersey Democrat and other members of Congress, including Senator Marco Rubio, a Florida Republican who is also of Cuban descent, have lashed out at exiles who favor lifting a five-decades-old trade embargo against Cuba, accusing them of betraying the cause of democracy and putting money in the pockets of the Castro dictatorship.

But a poll set for release Tuesday by Florida International University is expected to show a tilt in the exile community, with a majority favoring closer ties with the communist-run island.

Such widespread sentiment could ease the way for the Obama administration to revise U.S.-Cuba policy by permitting greater travel and commercial activity to help an emerging private sector on the island.

“The old understanding was that you could not do anything in Cuba without causing a tempest among the exiles,” said Peter Schechter, director of the Latin America Center at the Atlantic Council think tank. “Now it’s clear there really isn’t a political price to pay.”

TAKING TO THE SKIES

The poll is the latest in a series of developments seemingly destined to undo the last vestiges of U.S.-Cuba policy crafted during the height of the Cold War.

Many Cuban exiles are letting their feet do the talking, taking advantage of relaxed travel restrictions Obama introduced in 2009. Between January and June, there were 2,345 flights to Cuba from the United States, and about 82 percent of the 282,450 passengers were Cuban-Americans visiting family, according to Emilio Morales, president of the Miami-based Havana Consulting Group.

He calculates that 650,000 people, mostly Cuban-Americans, will travel between Cuba and the United States this year. The exiles will also send $3 billion in cash remittances.

George Feldenkreis, owner of Miami-based fashion company Perry Ellis, led a group of 12 family members back to Cuba in 2011 for the first time.

“I wanted to make a trip to show my grandchildren what I came from, how poor I was,” he said, describing how he took the family to see his humble home near Havana’s train station.

For Feldenkreis, 78, age was also a factor. “I didn’t want to go while he (former Cuban President Fidel Castro) was still alive, but I am getting old,” he said.

Feldenkreis is frustrated with Cuba policy, but remains a staunch opponent of loosening U.S. sanctions.

A chorus of voices from Hillary Clinton, former secretary of state under Obama, to John Negroponte, the director of national intelligence under President George W. Bush, have recently spoken in favor of rethinking Cuba policy.

The head of the U.S. Chamber of Commerce visited Cuba last month and praised Havana’s free-market reforms, saying the U.S. trade embargo was an impediment for American companies.

In February, a poll by the Washington-based Atlantic Council found a strong majority of Americans nationwide favored loosening Cuba sanctions.

Obama has hinted he is considering a policy shift. In November he told a Miami area fundraiser that it might be time for the United States to “update” its policies toward Cuba.

But administration officials have repeatedly said in recent months that there are no plans to change current policy.

Policy analysts say Cuba sits low on the list of White House priorities, even as the potential costs of bolder moves appear to diminish.

With that in mind, groups in Miami have set about stirring things up to press for more engagement with Cuba. In April, a group calling itself #CubaNow advertised on posters on the Washington, D.C., metro system that Obama should “stop waiting.”

To be sure, Cuba still arouses local sensitivities in Miami. When Florida gubernatorial candidate Charlie Crist questioned the embargo in May and announced his intentions to visit the island, a Miami Herald columnist warned: “We will punish you.”

While the concept of opening up relations with Cuba remains hard to stomach for some in the exile establishment, Arriola says nostalgia is winning out.

“Everyone is dying to go,” he said. “They want to see the old place before it’s too late.”