Mexico Returns to Its Place in the Vanguard 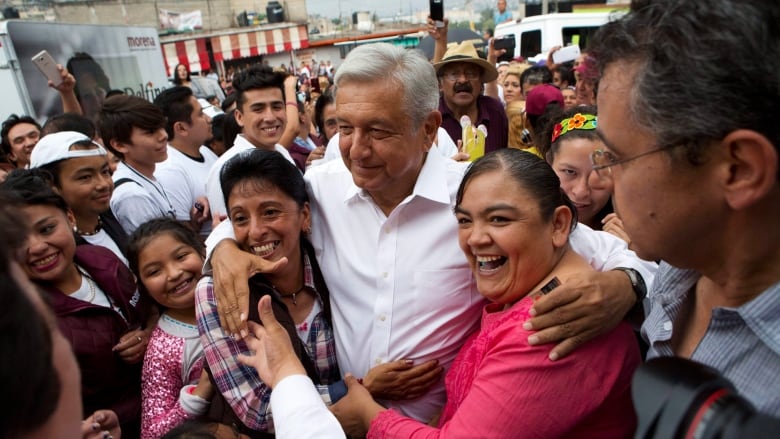 Manuel E. Yepe is a lawyer, economist and journalist. He is a professor at the Higher Institute of International Relations in Havana.

Mexico and Latin America are partying! Mexico elected a President who can rise to the nation’s role in history!

A broad, overwhelming and unquestionable electoral victory made Andrés Manuel López Obrador (AMLO) the next President of the United States of Mexico. His candidacy was put forth by the Movimiento de Regeneración Nacional (Morena), a party he founded and whose most recent national registration, forming the Together We Will Make History alliance, together with the Labor and Social Encounter parties.

His prestige rests mainly on his honesty and his election theme, la esperanze de Mexico (Mexico’s Hope) which has now become a reality.

The rise of a popular government whose foreign policy heralds a constant struggle in defense of sovereignty, independence, non-intervention and peaceful resolution of conflicts. These were given in the Proclamation of Latin America and the Caribbean as a Zone of Peace agreed by the the Community of Latin American and Caribbean States (CELAC) in its Second Havana Summit, a vital instrument for the defense of peace in the region.

Insecurity and violence; social inequalities and poverty, all linked to rampant corruption and a tense relationship with the United States, are some of the most urgent and arduous challenges that AMLO will have to face. He will take the presidency of Mexico on December 1, after a five-month transition. In addition, the US president has threatened to build a wall on the Mexican border to isolate himself from the world and to have it paid for by the Mexican treasury

With regard to Mexico’s and Latin America’s relations in with their neighbor to the north, this proverb always resonates: “Mexico, so far away from God and so close to the United States,” Today we recall the prophetic study published by AMLO in April 2017 in Le Monde Diplomatique, on the strategy that would lead to Donald Trump to the US presidency and the situation that would be created for Mexico under Trump’s presidency:

“About two years ago, the future president (Trump) and his advisers began to systematically study the mood of the American people. Among the most frequent feelings they cited were: disappointment, irritation, anger, sadness and despair. It was enough to take advantage of this general mood, to articulate it and to push this interpretation forward in the hope that it would permeate the whole society.

“Long before Trump’s inauguration, it was clear that his campaign, the anti-Mexican approach, did not originate in an economic analysis of his country, but rather in an political one, that was (and still is) in the political interest of taking advantage of nationalist sentiment in the U.S..”

Mexico’s new president-elect promises to cut the “top of its head” off privileges”, ending the “power mafia”, ending the the corruption by example and giving priority to the poor.

This son of merchants, born on November 13, 1953 in Tepetitán, Tabasco, and known by his initials as AMLO, embodies for many Mexicans the desire for change.

He is a mass leader who conveys confidence and trust in his speech. With a single call from him, tens of thousands of fill up the public squares.

From an ideological point of view, he is not easy to pigeonhole, but the media and the people generally think of him as a politician of the left or as an honest politician.

In economic terms, he is committed to the internal market, to set prices guarantees for the countryside and to review the opening of the oil sector to private capital.

In the social area, AMLO seeks to reduce inequalities but steers clear of issues that would fall within a traditional agenda of the left, such as abortion and same-sex marriages.

After having lost in the 2006 and 2012 elections, in the current campaign, he moderated his tone to attract sectors that previously distrusted his progressive preaching but never got past it, of his identification with the humble.

In fact, he proposes a change comparable to the big transformations in history such as the Mexican Revolution of 1910, as part of the political system.

He has declared that he is inspired by the fathers of the homeland, who left lessons on the fight for justice, for democracy, and for national sovereignty.