Posted on December 3, 2018 by Anthony Brenner 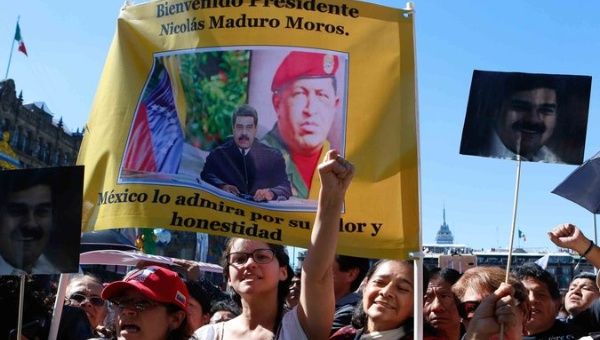 “You are not alone,” demonstrators cried, in a show of solidarity with Venezuelan President Nicolas Maduro.

“What happens in Venezuela is what we have experienced in Mexico after more than thirty years of neoliberal policy,” said Martin Esparza, the general secretary of the Mexican Union of Electricians.

“You are not alone, from this meeting we say to the president of Venezuela, Nicolas Maduro, you are welcome to Mexico whenever you want to come,” Esparza said.

Worker Unions from across the region welcomed Venezuelan Minister of Foreign Affairs, Jorge Arreaza, chanting, “The man of peace is called Nicolas” and “Attention! Bolivar’s sword walks through Latin America.”

“You were our inspiration to continue, that’s why today we are here celebrating the success of López Obrador and we have our hope that as in Venezuela we will be able to build an independent economy,” demonstrators said. 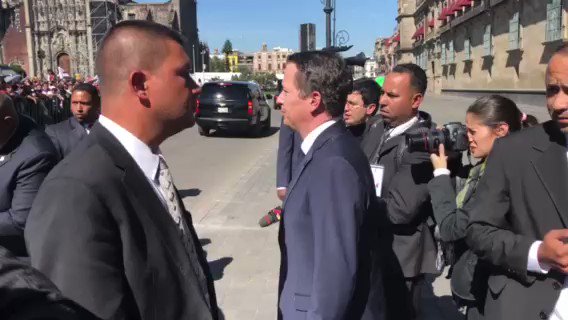 In a live video, the Venezuelan state head thanked the union leaders and activists for organizing the event and for the warm welcome he received Saturday on arriving for the inauguration of his Mexican counterpart, Andres Manuel Lopez Obrador (AMLO)

“I came to Mexico and I was honored to see love and solidarity reflected in the eyes of the people…because we identify with the brotherly love shared as Bolivarians, as Chavistas,” he said.

From Twitter, Maduro thanked the Mexican organizations for their support, writing, “I am grateful for the affection shown by the brotherly Mexican people, we have come to express @LopezObrador_ our support and the brotherhood of the Venezuelan people, Long live United America! Long live Benito Juarez! Viva Bolívar!”