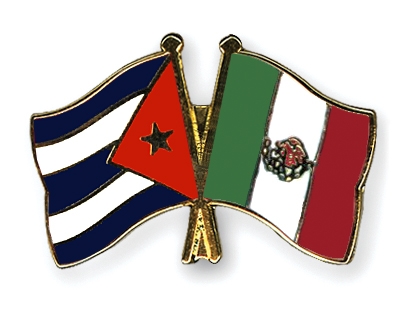 Mexico, Sep 28 (Prensa Latina) Senators and Deputies of the 63rd Legislature of the Mexican Congress expressed today, in a public statement, their rejection of the trade, economic and financial blockade of Cuba, imposed by the United States.

Deputy Maricela Contreras, president of the Mexico-Cuba Group of Friendship, from the Chamber of Deputies, read the document, in which was highlighted the relationship between Mexico and Cuba which shares history, solidarity, traditions and struggles.

Contreras said that the bonds created throughout history prevail, and despite pressures, Mexico has maintained a stance of solidarity with the Cuban people and respect for their Government.

She remarked that we cannot keep silent, faced with the injustice of the trade, economic and financial blockade of Cuba by the United States.

She made three points. The first, was a categorical rejection of the blockade of Cuba, imposed by the United States for more than 50 years and the third, that the Mexican government wished to express this stance to the United Nations General Assembly.

She also said the statement had been approved unanimously by the aforementioned group in its last meeting.

Dagoberto Rodriguez, the Cuban ambassador to Mexico, thanked the Mexican government for the statement on behalf of the Cuban Government and the Cuban people.