Mexican Activists Call for US to End Blockade Against Cuba 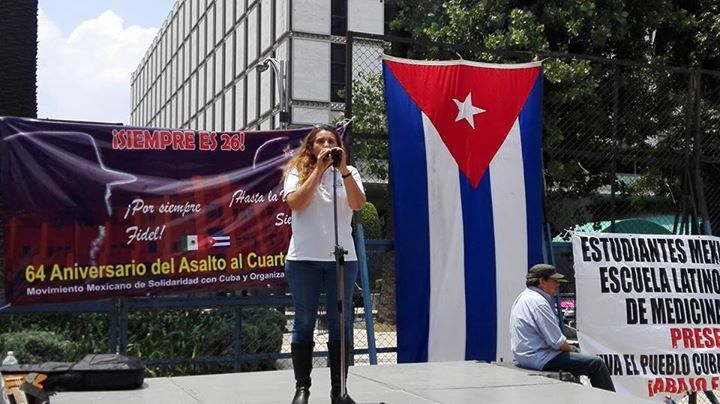 The solidarity group denounced Trump’s move to reverse a diplomatic opening between the two countries.

The Mexican Solidarity Movement with Cuba demanded the United States lift the blockade against socialist government Saturday, marching to the U.S. embassy in Mexico City.

MMSC denounced U.S. President Donald Trump’s move to reverse a diplomatic opening between the two countries. The group’s leader Jesus Escamilla stated that Mexicans reject the U.S. blockade and demand Trump lift it and move to normalize relations with the Caribbean island.

Members of the movement also pushed for the U.S. government to return Guantanamo Bay to Cuba, which has been occupied without the consent of the Cuban people since before the Cuban Revolution of 1959.

The U.S.’s attempts to tighten the economic, financial and commercial blockade against Cuba and its people is “a failed policy by more than a dozen U.S. administrations,” Escamilla explained.

In a speech in Miami on June 16, Trump announced his cancellation of former president Barack Obama’s “completely one-sided deal with Cuba.”
He added that U.S. sanctions would not be lifted until Cuba frees “political prisoners” and holds “free elections.”

Under the changes, Washington will tighten rules on individual U.S. citizens traveling to Cuba, who, if visiting the country for non-academic educational purposes, will again be required to only go with organized tour groups run by U.S. companies.