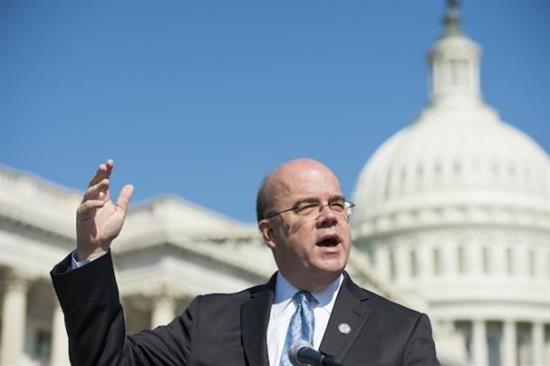 “Americans are ready for a 21st century approach to Cuba. These policy changes by President Trump will only take us back toward a Cold War policy that was a miserable failure and held our country back for more than 50 years.

“President Trump’s reckless and backward Cuba policy will hurt American farmers, businesses and airlines. It will limit opportunities for our universities as well as medical and environmental researchers. It does nothing to strengthen human rights and will weaken our countries’ security cooperation to counter narcotics, human trafficking, migration, and the apprehension of fugitives.

“Americans across the country, both Republicans and Democrats, strongly support the progress made by the new U.S.-Cuba policy begun by President Obama. This includes a clear majority of Cuban-Americans who want to see us continue to build on the progress we’ve achieved.

“America has a responsibility to lead on the world stage and I will continue to work with a bipartisan coalition in Congress to finally end the outdated restrictions on Americans who want to travel to Cuba and end the U.S. embargo against Cuba once and for all. We must look forward, not back. Now is the time to lead.”

Congressman McGovern traveled to Cuba with President Obama in March 2016, with Secretary Kerry in August 2015, and with a bipartisan delegation in February 2017 in support of the normalization of U.S.-Cuba relations and ending the outdated Cold War policy of isolation. Congressman McGovern introduced bipartisan legislation this year to end restrictions on U.S. citizens traveling to Cuba.

Members of the bipartisan Cuba Working Group are supporters of one or more key pieces of legislation introduced in 2015, with Republicans as the lead sponsors. Click here to read more about their work.

Public opinion polls in recent years have shown an increasing support to end the Cuban trade embargo and change course on U.S.-Cuba relations. A Pew poll showed 73 percent of Americans, including 59 percent of Republicans favor ending the trade embargo.