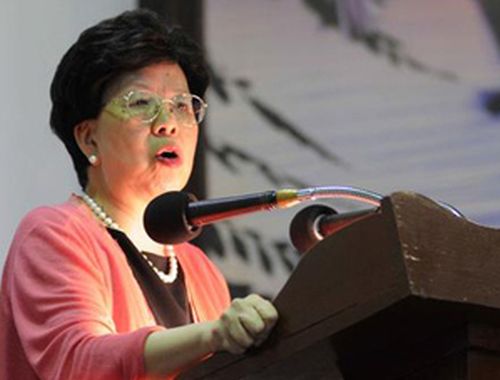 Havana, Cuba, Oct 20.- The Director General World Health Organization (WHO) Margaret Chan, sent a message to the Heads of State and Government of the Bolivarian Alliance for the Peoples of Our America-Trade Treaty of the Peoples (ALBA-TCP) that gathered in Havana for a Special Summit on Ebola.

Greetings from the World Health Organization in Geneva,

I must begin by thanking the Cuban government for giving the Ebola outbreak response so many highly experienced Cuban doctors and nurses. I have seen the many news photographs of these staff in their sparkling white lab jackets, ready to help. This brings a most welcome face of hope to what is otherwise a horrific outbreak.

I welcome this opportunity to address members of the Bolivarian Alliance. I welcome the purpose of this meeting: you are absolutely doing the right thing. You want to step up your level of preparedness for an imported Ebola case on the most urgent basis possible. WHO working with PAHO are here to support you in any way we can.

Last month the Ebola virus moved to your region. As experiences in Lagos, Nigeria in July and now in the USA last month told us, any country with an international airport is theoretically at risk of an imported case of Ebola. We must all respect this Ebola virus, which is one of the most deadly pathogens on the planet.

This is an unforgiving virus that shows no mercy for even the smallest mistake. It knows how to exploit every single opportunity to flare up again or spread to new areas.

The Ebola outbreak in West Africa is the most severe acute medical emergency seen in modern times. Well over 400 healthcare workers have been infected and more than half of them have died. This has never been seen in any previous Ebola outbreak. Like other parts of the world, countries in this region are on high alert for any possible importation of the Ebola virus in an air traveler. Hardly a day goes by without rumors of an imported case at an airport or in an emergency room somewhere in the world.

Governments are right to bring out the protective suits and gear and showcase their isolation rooms. This reassures their citizens and their media crews that the country is well-prepared to stop further transmission should an imported case occur. This is understandable. The virus is deadly. The disease is dreadful.

People are afraid. At the same time, we know that a well-prepared country can defeat the Ebola outbreak.

On Friday, WHO will declare the outbreak in Senegal is over. On Monday, we will do the same for the outbreak in Nigeria, a feat that many health experts still find hard to believe. But I can assure you WHO has full confidence in this remarkable achievement.

Countries in the Bolivarian Alliance can and should do the same. High-level political commitment and country ownership make all the difference. Train your staff, use drills to test performance, get protocols written quickly, put systems in place, get your public and your media behind you. Engage the community early to fight fear with facts and understand the fundamentals of infection prevention and control, especially in healthcare settings.

Protect against mistakes. As recent instances of transmission of the virus in Spain and the US show, wearing personal protective equipment or PPE is not foolproof. It has to be used in conjunction with excellent administrative, environmental and engineering controls.

Let me repeat: on its own, PPE is not foolproof.

Last week, WHO issued new recommendations on PPE which can help governments prepare efficiently and effectively.

As I said, WHO and PAHO are here to support you. I sincerely wish you a most productive meeting.
Thank you.