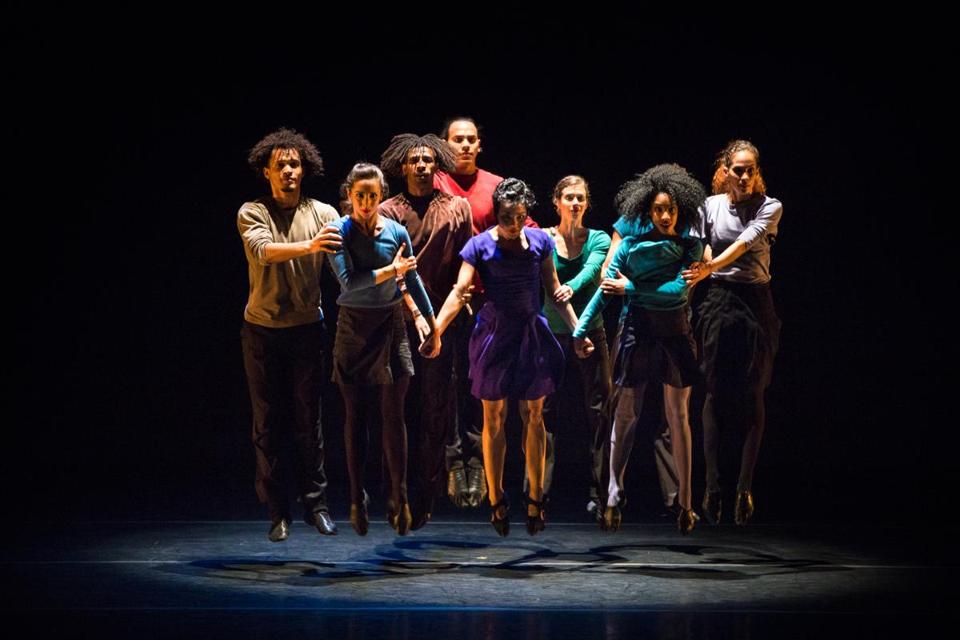 Founded in 2012 by former members of Danza Contemporánea de Cuba, Malpaso Dance Company hasn’t made many missteps in its four-year history. Malpaso had its US debut in 2014 at the Joyce Theater in New York City and last summer performed at Jacob’s Pillow Dance Festival. Just the name itself — “malpaso” means “misstep” in Spanish — suggests that the company has a sense of humor, and so does “24 horas y un perro” (“24 Hours and a Dog”), one of the three pieces it brought to the Shubert Theatre Saturday in a Celebrity Series-sponsored appearance.

The evening led off with “Ocaso” (“Sunset”), a 2013 duet choreographed by company cofounder and artistic director Osnel Delgado for himself and, in this instance, Beatriz Garcia. They begin in twilight, backs to the audience, arms around each other. She slips away, returns; they trace circles and try to make each other over. It’s both tender and disturbing. At the end, the shadows return and they face the audience, arm in arm again.

Commissioned by the Joyce Theater Foundation and Jacob’s Pillow, Trey McIntyre’s “Under Fire” (2015) is set to songs by Grandma Kelsey, a.k.a. Kelsey Swope, a singer from Boise, Idaho, where Trey McIntyre Dance Project has been based. McIntyre’s inspiration, he says, was an unsuccessful attempt to burn “all of the printed documents that had followed me for my life and had become a weight and a burden.” The story is better than the dance, whose eight performers start out as a group before breaking into brief, unremarkable duets to songs whose lyrics are mostly unintelligible. The centerpiece, to “Jolene,” is Delgado’s extended duet with Dunia Acosta; she becomes extravagantly agitated and flaunts some original moves before, as a finale, getting lifted by the four men.

“24 horas y un perro” (2014) was developed by Delgado in collaboration with his loose-limbed dancers. Performed here to live music by Arturo O’Farrill and his Afro Latin Jazz Ensemble, it catalogs 24 hours in Havana. No dog appears onstage, but the choreography does include repeated upward and downward dog, among other yoga poses. Delgado starts it off with a backbend; he tugs at his hair and stretches, even as the insistent ostinatos from O’Farrill’s piano suggest it’s going to be a long day.

Over the next 40 minutes, the nine performers mix gymnastics and martial arts with Latin social dance, but it’s mostly Delgado’s story. Just as he seems ready for a lunch duet with Acosta, it turns out he has three other dates as well; she responds by ditching him, temporarily, for three men. Later, they do hook up, to a jazz version of the Irish folk tune “She Moved Through the Fair,” after which she leaves him flat on the floor. The high-octane music of “24 horas” liberates the dancers; they’re more explosive, and more distinctive, here than in the first half of the program. No one, however, makes time to walk the dog.

Presented by the Celebrity Series of Boston. At Citi Shubert Theatre, May 14.