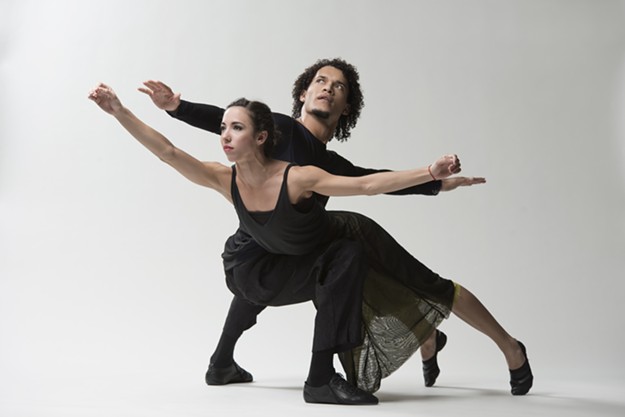 The Malpaso Dance Company, a contemporary Cuban dance group specializing in a diverse range of styles, performed Thursday night at Moore Theater in the Hopkins Center for the Arts. The company performed pieces derived from European ballet to modern North American to traditional Afro-Cuban. Founded in 2012, the company has worked with prominent North American choreographers including Aszure Barton and Ron K. Brown, whose works were performed at the show on Thursday.

Margaret Lawrence, director of programming at the Hop, said she was interested in bringing Malpaso to Dartmouth because of her long relationship with Fernando Sáez, the executive director of the group, and her interest in Cuban culture. She added that Malpaso is particularly interesting because only a limited amount of contemporary dance has come out of Cuba in recent years, aside from classical ballet, due to a gap in international communication.

“[Because] of some personal relationships between North Americans and Cuban artists and some real investment in helping the capacity of contemporary artists in Cuba, we’re now finally starting to see some really strong contemporary work coming out of Cuba, and Malpaso is really at the forefront of that movement,” Lawrence said.

While at Dartmouth, Malpaso also hosted a master class taught by the group’s artistic director Osnel Delgado. Lawrence said the Hop always aims to connect groups it brings in to the student body and larger community. 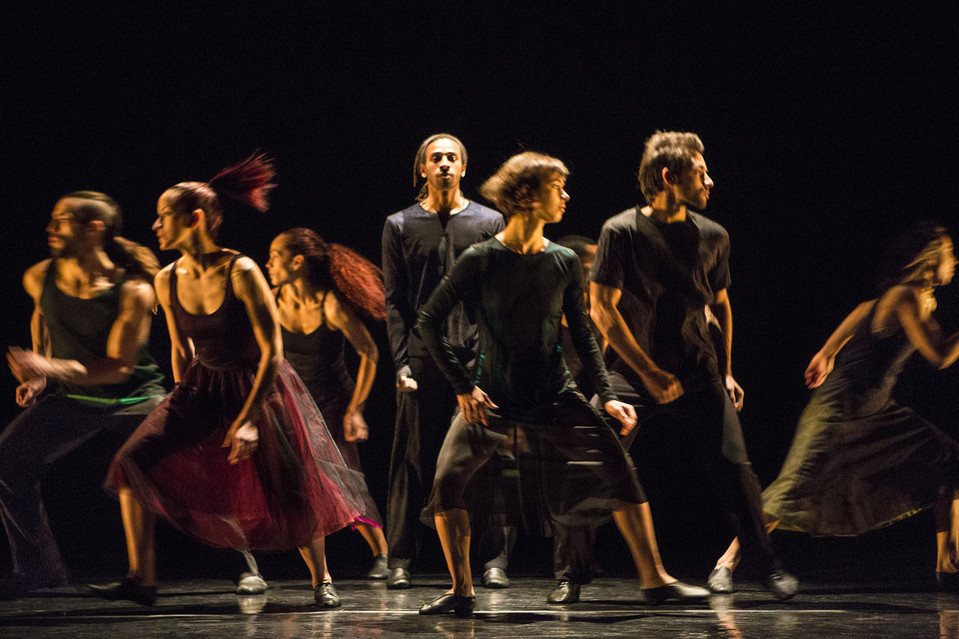 The master class was held Wednesday evening at the Straus Dance Studio. Dancers, ranging from students to community members, were present to learn more about Malpaso and the members’ style of movement.

Cindy Li ’18, a member of student dance group Fusion, said she learned about the class in an email from the Hopkins Center and became interested in attending because it looked like fun.

Although Delgado began the class with seemingly simple warmups, a few details and the fluid style of movement were difficult to replicate for some. However, that did not deter the attendees from enjoying the master class.

“You just follow what he does,” Li said. “It doesn’t really matter if you’re doing [the choreography] that correctly because it’s fun.”

While exact replication of the movements was not important, Delgado would sometimes help dancers into the correct position or tell them to breathe through the movements.

Toward the end of the class, most of the dancers had grown more comfortable with the fluid style and were able to focus more on the execution of the moves rather than the steps of the choreography.

Some of the moves Delgado taught during the master class were included in the choreography performed on Thursday. The first piece, “Indomitable Waltz,” was choreographed by Barton. It incorporated bold yet incredibly fluid movements. The dancers moved seamlessly across the stage, often interacting with each other and doing partner work. The second piece, “Ocaso,” was a duet choreographed by Delgado with intimate movements between the male and female dancers. The final piece, “Why You Follow,” was choreographed by Brown and stood out for its distinct style, inspired by rhythmic movements and music and significantly different from the smoother choreography of the other two pieces.

Li said she appreciated the different pieces with their varying styles as well as the music. She added that even though one might not necessarily think to pair differing styles of music and choreography, such as hip movement with classical music, the movements worked together perfectly with the bold and constantly changing music.

After the show, Sáez and Delgado answered questions from the audience alongside Lawrence. Sáez discussed the history of contemporary dance in Cuba, which was strongly influenced by the movement style of American dancer and choreographer Martha Graham. Graham’s dances include contraction movements that are also seen in Malpaso’s choreography. Delgado, who spoke through Sáez as a translator, discussed his appreciation for the different choreographers that work with the group because he believes they challenge the dancers and ultimately make them better.

Prompted by a question from the audience, Delgado discussed the varying creation process for all the choreographers. Delgado said when he choreographs, he does not focus on telling a story as much as expressing his emotions and sharing himself with the audience. He added that he finds it very rewarding to find solutions to whatever inspired him to create the dance.

Although each piece was distinct from one another, the dancers were able to perform the choreography flawlessly. Lawrence said that while the dancers clearly have strong classical training, they are able to adapt to many different styles.

“Depending on the works that they are doing, they can really show another side of themselves,” Lawrence said. “They’re bringing this consistent kind of sensual movement style, this flawless training, and then they’re able to apply it to three very different kinds of physical vocabulary.”

The Malpaso Dance Company will perform its set again tonight at 8 p.m. at Moore Theater.