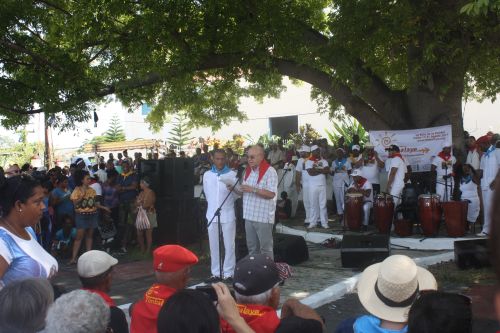 Near the sea, under a ceiba, to a steadily growing beat, rumba dancers again chose the Cuban municipality of Regla to open the 9th edition of the Timbalaye Festival: Rumba Route 2017 and to celebrate UNESCO’s declaration of this cultural expression as Intangible Cultural Heritage of Humanity.

From 18 to 31 August, these festivities will spread to other parts of the country, including Pinar del Río, Matanzas, Cienfuegos, Sancti Spíritus, Ciego de Ávila, Camagüey, Santiago de Cuba and Guantánamo, before continuing to Mexico and Europe. 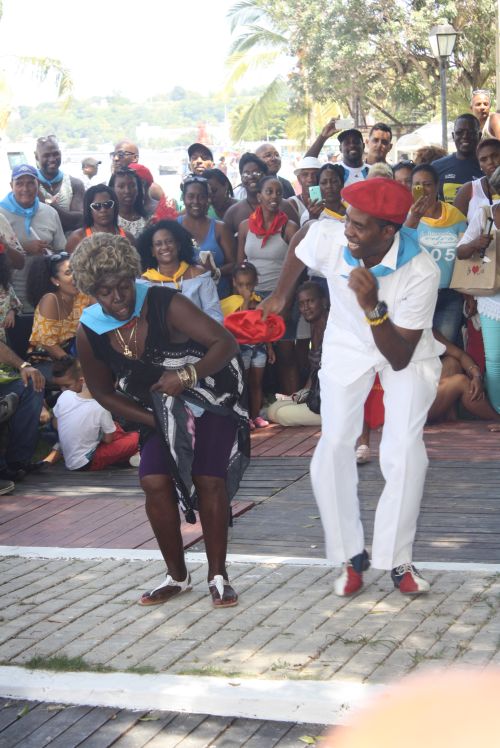 © UNESCO Havana/A.Gumá. One of the dancers awarded during the ceremony enjoying her performance.

The programme of the event, which on this occasion is also dedicated to the leader of the Cuban Revolution, Fidel Castro, is enriched with theoretical panels, book and magazine launches, rumba lessons, ceremonies, discussions on the Timbalaye project, created and chaired by professors, dancers and choreographers Ulises Mora and Irma Castillo.

The ceremony counted with the presence of the President of the Union of Writers and Artists of Cuba (UNEAC), Miguel Barnet, who delivered the opening speech.

This poet and ethnologist stressed the need for the rumba to remain alive in the artistic and cultural life of the coming generations of Cubans. Barnet also stated that these festivities form part of the celebration of the 70th anniversary of the relations between Cuba and UNESCO and of the Cuban National Commission for UNESCO (CNCU).

Also attending the celebration were the President of the Cuban National Council for Cultural Heritage (CNPC), Gladys Collazo; the President of the Municipal Council of Regla, Ángel Ramón Cordero; Olga Rufins, representing the UNESCO Regional Office for Culture in Latin America and the Caribbean, which co-sponsored the event, and Yahima Esquivel, from the CNCU.

The activity also honoured icons of this music-dance genre, who have dedicated their lives to promote its legacy of resistance and dignity.

Speech by Dr. Miguel Barnet, President of the Union of Writers and Artists of Cuba (SPANISH)