Maduro: ‘Venezuela Will be Strengthened by May 20 Elections’ 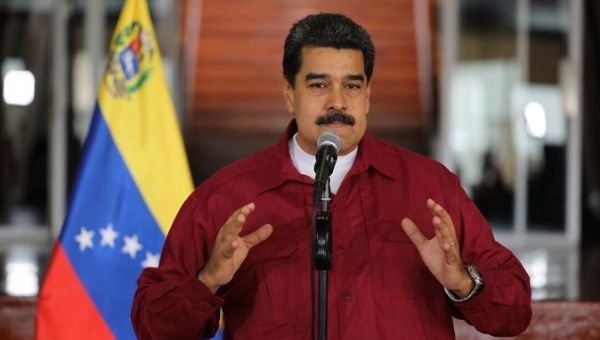 April 20 (teleSUR) Venezuelan President Nicolas Maduro says Venezuela will “emerge triumphant” from the May 20 presidential elections, which will serve to strengthen the country.

“Rain or shine, we’ll have elections on May 20,” Maduro told a press conference on Friday. “We do not care about what foreign countries say.

“No matter what the governments of Santos and Macri tell us, the Venezuelan people will emerge triumphant from this electoral process.

“In Venezuela, rain, thunder or lightning on May 20, there will be elections and the Venezuelan people are going to vote.”

Maduro emphasized that Venezuela was fully complying with all laws and norms to provide proper electoral guarantees for the elections.

“The only thing we ask from the world is respect, that no country tries to get involved in our internal affairs… we are totally willing to re-establish relations with all nations so long as they respect us.”

Addressing Panama, which recently cut diplomatic ties with Venezuela, Maduro said that he is “completely willing” to re-establish relations as soon as Panama is ready.

He noted that “‘Operation Paper Hands’ has been a total success,” and that officials “have arrested more than 125 people and we are looking for 75 more involved in the business of affecting the price of the national currency and economy.”

The president also congratulated Bolivian President Evo Morales for his assumption of the pro tempore presidency of regional integration bloc the Union of South American Nations (Unasur), and said that “Latin American revolutionaries will defend Unasur.”