Posted on January 9, 2018 by Anthony Brenner 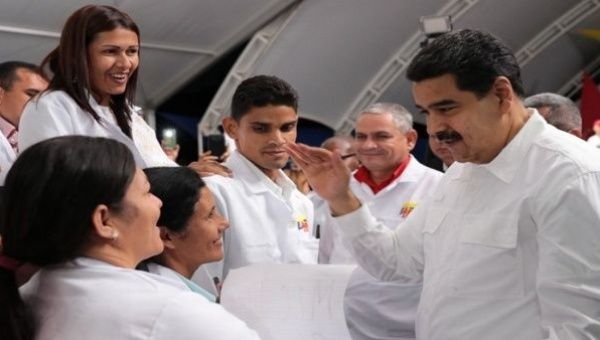 The president said that Reuters, AP, AFP and EFE agencies create a false image of Venezuela, to encourage foreign intervention.

Jan 8 (teleSur) The president of Venezuela, Nicolás Maduro, reiterated on Monday his denunciation of an international campaign by big media corporations against the South American country to justify an intervention.

During a meeting with community doctors, the president explained that Reuters, AP, AFP and EFE news agencies create a false and negative image of Venezuela, to encourage foreign intervention.

On January 5, President Maduro indicated that only in 2017 media corporations based in the United States generated 3,880 negative news about Venezuela. Of this figure, 1,860 were generated during the violent protests (guarimbas) of extremist sectors of the opposition between April and July of last year.

The news agency Reuters led the broadcast of negative news about the South American country in 2017 with 60 percent of news items (replicated by The New York Times), followed closely by the Associated Press (AP) with 31 percent of news items, published by the Washington Post, Miami Herald and ABC News. In third place the Agence France-Presse (AFP), with a respective 9 percent.