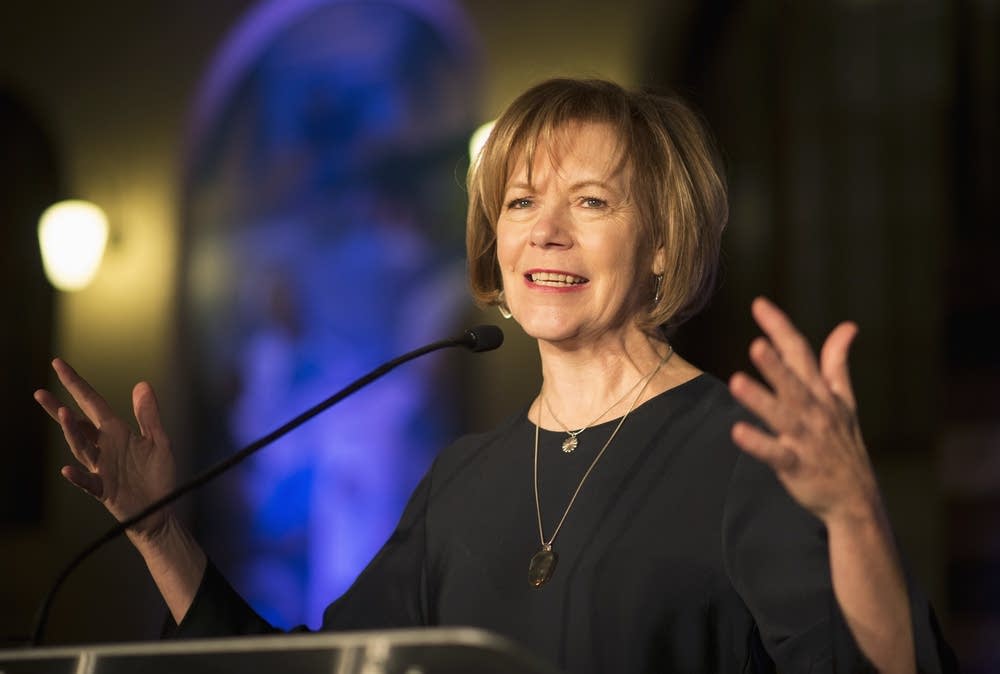 A 14-person delegation headed by Lt. Gov. Tina Smith will leave Minnesota for Cuba around sunrise on Monday and return around sunset Friday.

In that time, they’re set to look in on food growing operations at a Cuban cooperative and visit with the country’s agricultural and foreign ministries. They will also meet with U.S. officials stationed there and stop at an institute doing livestock sector research.

The trip has been in the works for five or six months inside the Minnesota Department of Agriculture, Smith said.

So, it’s purely coincidence that it’s happening just as President Trump’s Republican administration is preparing to reset relations with Cuba. According to reports, new restrictions on business relationships and tourism-related travel are in the works.

Anything like that would represent a pullback from Democratic President Barack Obama’s thaw with Cuba, which included renewed diplomatic ties and eased limits on direct travel from U.S. airports.

Trump could lay out his policy as soon as Friday.

“We don’t know exactly what President Trump is going to be proposing, but regardless, I think it’s even more important we go,” Smith said. “And in our conversations with the Cubans make sure they know that we’re interested in expanding those opportunities.”

The island nation has 11 million people — double the population of Minnesota. U.S. agricultural exports to Cuba are still relatively small — about $221 million last year, but that’s still a significant jump from the year before, according to statistics compiled by Minnesota’s Agriculture Department.

Smith sees a chance to ramp that up.

“Cuba represents a big, untapped market. And there’s an opportunity, though we still have trade restrictions and financial restrictions, there’s a big opportunity to build relationships for the long-term that will help to expand markets for Minnesota businesses,” she said.

That Smith is leading the way is noteworthy. DFL Gov. Mark Dayton has been the face of the administration’s previous missions to Europe, Asia and Mexico.

Other Minnesota officials have been to Cuba before, including a handful of state legislators in 2015.

U.S. Sen. Amy Klobuchar and Republican U.S. Rep. Tom Emmer have both made trips there. They’re among the lawmakers pressing to end the longstanding U.S. trade embargo with Cuba.

In 2002, then-Gov. Jesse Ventura took a delegation to Cuba. He reveled in the audience he had with the country’s longtime President Fidel Castro, who died last year.

“I never dreamed in my lifetime that I would stand here in the great country of Cuba,” Ventura said in Havana. “But it proves to me, just as it did when I ran for governor of Minnesota, that anything can happen.”

Tim Courneya, executive vice president of the Northarvest Bean Growers Association based in Frazee, Minn., was on that trip. Courneya has been to Cuba four times. He says the market on the U.S. doorstep for dry black, pinto and red beans — all grown in Minnesota — is too important to ignore.

“Their consumption is 100,000 metric tons, which is about 2.2 million bags, which from that standpoint is big numbers in the dry bean world,” he said.

Courneya won’t be on this mission, but an associate of his with the Minnesota Dry Bean Research and Promotion Council will be.

The delegation headed to Cuba also includes representatives of CHS Prairie Lakes, the Minnesota Farm Bureau and the dean of the University of Minnesota Extension Service.

Sen. Julie Rosen, R-Vernon Center, is making the trek, too.

A 2015 state appropriation designated for exploring new opportunities in Cuba is covering travel costs for the state officials. All others are paying their own way.

Minnesota Corn Growers President Harold Wolle will be on the trip and said any chance to foster new trade is worth pursuing. Wolle, who farms 1,700 acres in St. Peter, said trade isn’t only good for the agricultural economy but it also promotes good will.

“I’m certainly very curious to see what the president is going to propose,” Wolle said. “I certainly don’t want to reverse our positive relationships that are starting to build with Cuba.”

Courneya said he’s also keeping an eye on possible U.S. policy changes under Trump but isn’t worried about a retreat.

“It’s still looking more positive today than it did back in 2002.

No matter what somebody is re-imposing, doing whatever, Cuba is changed, we’re changing,” Courneya said. “At least we’re still meeting and talking. I think one day this is going to resolve into a mutual understanding.”