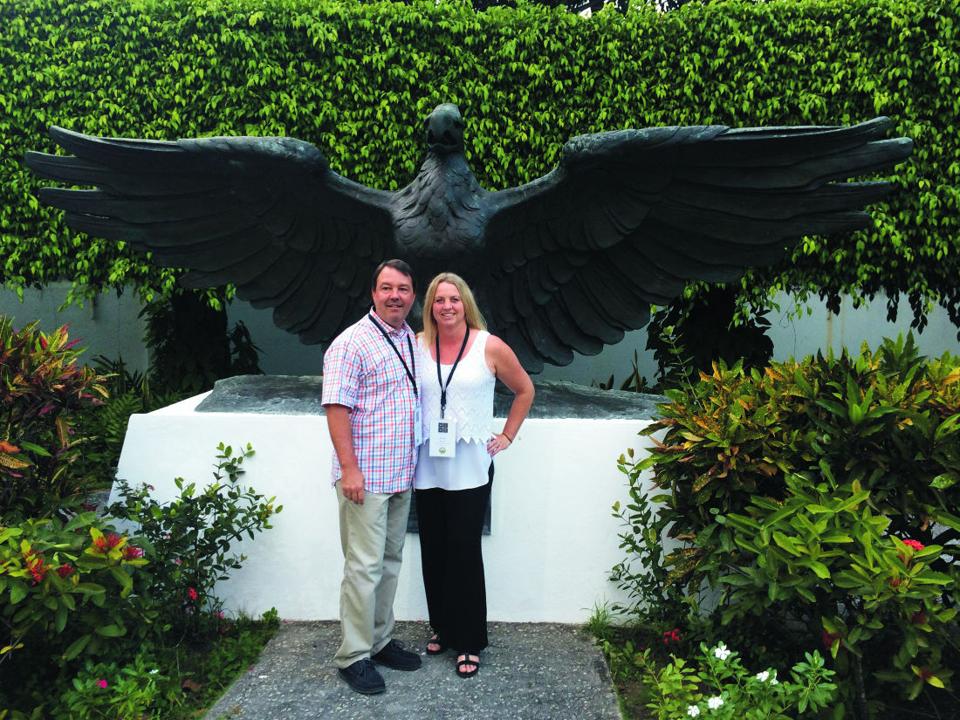 Kautz has previously traveled to wine trade shows on four different continents, but she has never visited a place quite like contemporary Havana.

“They were extremely enthusiastic about California wine,” Kautz said.

More than 200 people attended the seminar sessions during the symposium, including famous Cuban artists, athletes, musicians and government heads; Antonio Castro Soto, son of Fidel, was at the wine tasting with his wife. According to Kautz, he was friendly and very excited about the event.

“He was saying he can’t wait to get California wines in there,” Kautz said.

This verve is shared by Cuban sommeliers, who are eager to learn more about wine varieties and regions, as the Cuban import market continues to blossom. These wine enthusiasts are ready to whet their palates of all things wine — a quirky interest in a country more well-known for cigars and sugar cane.

Just so, the Cuban sommelier organization is determined; recently, a group of 20 Cubans took a tour of Napa and California, according to Kautz.

“It seems like there was a thirst for information,” Kautz said.

Much of this interest in wine comes from the Cuban paladares, the small privately-run restaurants. These restaurant owners, in competition with approximately 400 state-run eateries, are hoping to lure in parched tourists with imported California wines, rather than with the inexpensive Chilean or Spanish stuff currently being served.

And to which wine variety do Cubans gravitate?

“The Obsession symphony,” Kautz said, noting that the off-dry style of the white wine fits their particular palates. Also popular were the fruity Zinfandels.

This market’s budding penchant for wine has Ironstone Vineyards interested in joining the industry. Already in many international markets, including Mexico, Colombia and other Caribbean nations, Ironstone sees Cuba as the next logical step.

“It’s not going to be a a massive opportunity. But there’s opportunity for sure,” Kautz said.

The next step is entering the registration process, which Kautz claims is still an arduous process. Although the trade embargo being lifted has made things easier, both the U.S and Cuban commerce department bureaucracy will drastically set back any potential trade.

“If we are able to sell our products within a year or so, we would do really well,” Kautz said.

Another obstacle: The U.S. trade embargo agreements prohibit the selling of agricultural goods to Cuba on credit. Since wine is considered a agricultural product under the law, Ironstone would have to rely on buyers who have the cash up front.

Nevertheless, Kautz was impressed with Havana — the historic architecture, the “awesome cars” and the people themselves, who are friendly in spite of oftentimes poor living conditions.

“The people have no ill-will towards Americans. They may not agree with the government, but they love Americans overall. They always want to know where you’re from,” Kautz said. “The great thing about the wine business is that you can really start to learn the areas. We got off the beaten track. You really get to see the culture and feel the culture.

“To be able to serve Lodi wines with them would be fantastic.”