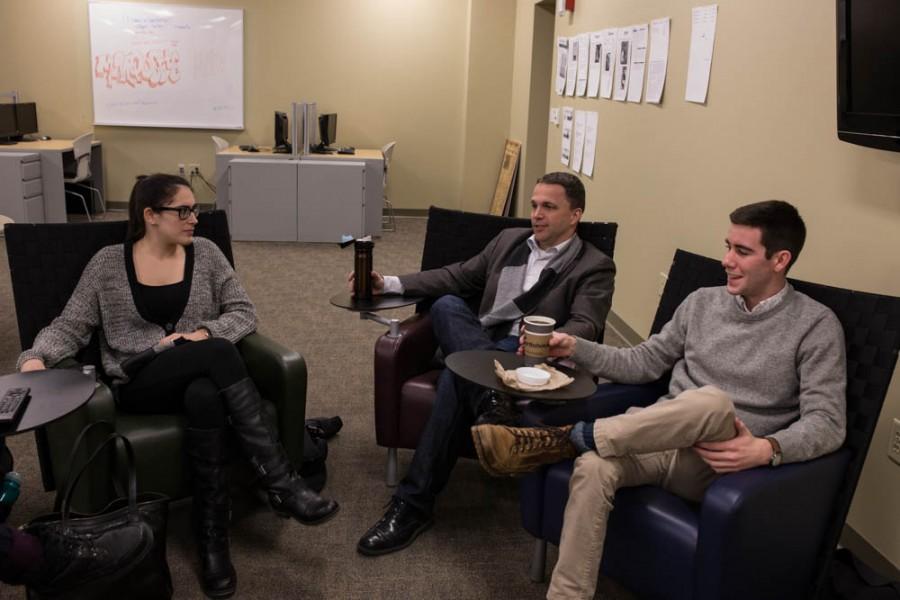 Over winter break, the Marquette Law School allowed 25 students and six faculty members to embark on a six-day journey to Havana, Cuba, during winter break.

The trip was organized through the law school in partnership with Cuba Educational Travel, a People-to-People travel organization that works to organize educational exchange programs for students from the U.S. and Cuban residents.

The International Conflict Resolution trip takes law students to high-profile areas around the world. Students went to Israel in 2011, 2013 and 2015.

The law school group was one of the first educational groups to go on the trip since the embargo was lifted. Andrea Schneider, a professor of law, initiated the travel plans.

“One day (Professor Schneider) came into dispute-resolution class and said, ‘Oh, we got approved to go to Cuba,’ and then she went on to teach a two-hour class,” said Molly Madonia, a third-year law student. “It was a spur-of-the-moment thing, and we’re happy it was made possible by that lift in the embargo.”

Madonia said the trip was not backed by any kind of school grants or funding. The students paid out-of-pocket for the trip, motivated by interest as opposed to credit hours that would be applicable in other study abroad programs.

“The reason why I think this trip was so special was because we are taking the first steps in finding out what is going on with the country, how they feel about it and what the Cuban people actually want,” Madonia said.

The group visited a variety of places, from the Archdiocese of Havana, to touristy spots in the city and Regala, a local community located across Havana Bay.

“Cuba was like a time machine,” McNally said. “The cars are old, you can do things there that you haven’t been able to do (in the U.S.) in a very long time. You can walk into the lobby of a school smoking a cigarette, and no one will say anything.”

The students agreed that a major benefit from the trip was learning how to empathize with people from different cultures. Sheldon Oppermann, a third-year law student, said dispute resolution is something that requires empathy in order to reach a proper resolution.

“In our minds, we’re refreshing stuff constantly,” Oppermann said. “We buy and throw things away constantly. There, it’s hard to find a pencil. I lose more pencils in a day than they’ve seen all year. You can’t buy a pencil in Cuba. The government’s going to have to get you a pencil.”

Madonia said the Cubans seem open to an increase in American tourism, as well as building a positive relationship with the U.S. in the coming years.

Oppermann told a story about a Cuban man working in a pizza shop with whom he casually conversed.

“(He asked), ‘Are all of you going to be so nice and interested in our culture?’” Oppermann said.

“The Cuban people are as interested in American people as we are in them,” Madonia said. “Everyone that I know, or at least that I talked to, was very friendly, very nice and very welcoming.”