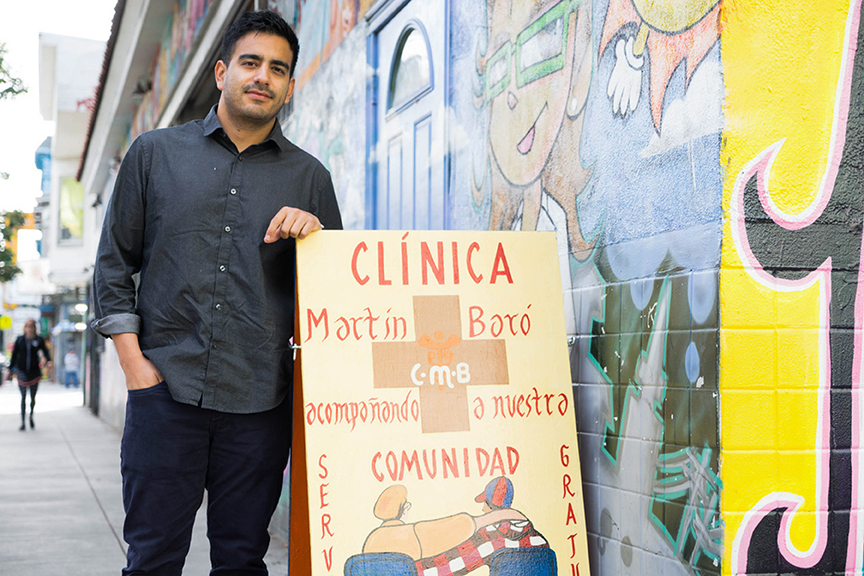 I met Abraham Vela playing soccer at San Francisco State University. He and I were on different paths that year. I was struggling to stay in college and he was struggling to enroll in biology courses to achieve his dream of becoming a doctor. It was the late ‘00’s and there was something more frightening happening than the deep v-neck trend: The CSU system was going through major budget cuts.

Vela had wanted to be a doctor since he was a child. In the 1980s, his father, Abraham Vela Sr., received his papers and traveled back to Guatemala to visit his mother for her birthday. He hadn’t seen her since migrating to the United States in the late ‘70s.

The day before his mother’s birthday, a police officer in a drunken rage began randomly shooting people in a park in the town of Morazan. Vela’s cousin was shot. There was no ambulance or nearby clinic, so Abraham’s father offered his truck to transport people to the hospital. But he was also shot and stopped breathing on the way.

“I hear that story a lot,” Vela said. “Every time I’m with my uncles and when I go back to Guatemala, they always talk about it—always. Even though I didn’t realize until later, I think that’s what marked me to become a doctor.”

Central Americans are all too familiar with violence. The trauma it inflicts, paralyzing us, keeping us from fully realizing ourselves. On rare occasions, perhaps as we look back upon the random accidents of our lives, violence can serve as an antecedent, providing meaning to our current circumstance.

“The reason why I wanted to be a doctor was to prevent things like that from happening,” he said. “Last time I was there [in Guatemala], still there was no clinic and this was 20 years after this had happened.”

Because of its budget issues, SF State wasn’t an option for Vela and in 2008 he was forced to rethink his career path. He would have to apply to “post-bac” programs, meaning more money, more hurdles. (Latinos make up 38 percent of the population in California, yet are only 10.5 percent of the total of students who graduate from medical school.)

Then Vela heard about the Latin American School of Medicine program (ELAM) in Cuba through his professor Felix Kury. This professor centroamericano is like a radical lefty fairy god-uncle, using his powers of mentorship to create a path towards critical consciousness. ELAM is an international program offered by the Cuban Government, where international students can become doctors, completely free. The only thing asked of students is that they make a commitment to serve their communities when they return to their home countries.