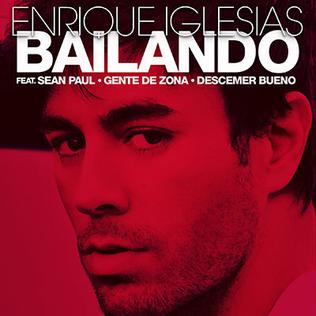 Just before the holidays, President Obama made the historic announcement that diplomatic ties between the U.S. and Cuba would be restored after more than 50 years. While Obama and Raul Castro made it politically official, the island’s musicians that had already made a breakthrough in 2014.

While it was nothing new to see artists breaking through the blockade, this year saw Cuban artists being acknowledged by the U.S. music industry and U.S. fans in ways unheard of during the last five decades. The year marked the first time that Cuban artists living in Cuba topped the charts — the record-breaking “Bailando,” on which Enrique Iglesias was joined by Cuban reggaeton duo Gente De Zona, became the longest-running No. 1 song on the Billboard Hot Latin Songs chart. Descemer Bueno, who cowrote and also performs on the song, made history of his own by commuting between Miami and Havana, performing in Cuba while living legally in the United States.

Major labels also took bold steps. Sony Music signed Diana Fuentes, and Universal gave Havana hip-hop artist Danay Suarez her major-label debut. Both artists were Havana residents at the time of their “discovery” by the majors, and currently travel back and forth between Cuba and their new homes in San Juan (Fuentes) and Miami (Suarez).

Meanwhile, earlier in December, the Associated Press uncovered a U.S. campaign to infiltrate the Havana hip-hop scene in order to incite an anti-government revolution in Cuba. The rapper duo Los Aldeanos were, it seems unknowingly, at the center of that plot. Their involvement put press and social media focus on their music and on other members of Havana’s hip-hop movement, which — along with other Cuban music scenes — will likely see more deserved attention in 2015.