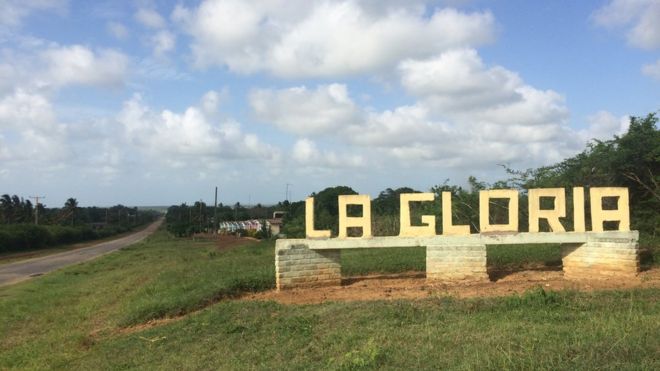 On 4 January 1900, not even two years after Cuba had finally wrested itself from Spain’s colonial grip, the steamer Yarmouth came over the horizon off the coast of Nuevitas, on Cuba’s northern shore.

On board were 200 men and women from the United States intent on building a colony on the Caribbean island.

They hoped that if enough of their fellow nationals followed their lead, eventually Cuba would be annexed by the US.

Local folklore has it that after days fighting a path through the swamp, the early settlers were so happy to reach somewhere that was not knee-deep in mud or thick with swarms of mosquitoes that they proclaimed it to be “the glory”. 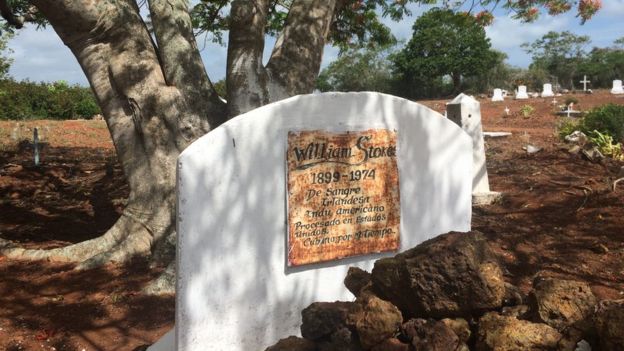 In fact, they had been sold a lie.

They had bought plots of land in a town that existed only in the blueprints of the Cuba Land and Steamship Company of New York.

Upon realising the deception, many cut their losses and went home.

The hardy ones stayed on and became citrus farmers, sugarcane growers and cattle farmers.

The sweltering humidity is still the same as in those days.

But all that remains of those early 20th Century pioneers today are the gravestones in the local cemetery.

They include a store owner called William Stokes, who was just a baby when his parents chose to make the trip to Cuba.

He married, raised a family and stayed in the sleepy community for the rest of his life, even after his children left and his business went broke.

By the time of his death in 1974, Mr Stokes was the only original US settler still on the island, earning him the title of “the last North American in Cuba”.

“It’s important to me to maintain this place,” says gravedigger Jorge Gallardo as he leads me to the grave of Willy Stokes, as he calls him.

Mr Gallardo has spent a year hacking back the encroaching vegetation from the cemetery.

“This is our eternal home – for me and my children, and for our North American founders,” he explains.

One of La Gloria’s oldest residents remembers when it was more of an American than a Cuban town.

“La Gloria was all American. Beautiful, American houses. The Methodist church was there and the Episcopal one was over there,” she says pointing from the porch of her small tin-and-timber home.

Like many Cubans of her generation, Ms Martinez speaks of her youth before the 1959 revolution with a mixture of romanticism and nostalgia.

“I have to defend the Americans because lots of people were hungry and they gave them work and food in the orange and tangerine groves,” she says.

“Now La Gloria is not good for anything.”

That is not a view shared by those working at the local farming co-operative named after revolutionary hero Camilo Cienfuegos.

Under more relaxed rules on agricultural production in Cuba, the co-operative has begun to grow a wider range of goods on land that previously lay idle.

“Yucca, bananas, avocados, squashes, tomatoes…,” Elida Diaz lists the things which grow on the land she farms with her family.

Ms Diaz disputes the idea that the town has stagnated over the years, saying that the region has developed significantly.

“When I arrived here aged 20, there was no electricity, nothing,” she recalls.

“Today we have public transport, we’re on the electrical grid, we have refrigeration units. It’s been a complete change.”

But in the field behind her, the men are mostly using the same tools as the settlers did: hoes, machetes, their bare hands.

A loyal revolutionary, Ms Diaz is reluctant to voice criticism but admits that more is needed if the remote community is to prosper and move into the 21st Century.

A water shortage is causing severe problems throughout Camaguey province and monthly incomes for rural workers are far from stable.

“A new tractor would let us work the land better, new tools, boots for the workers, tractor tyres, spare parts, fuel…” she says, warming to her theme.

But she is quick to identify Washington and its decades-old trade embargo as the source of the problem.

“The first thing that the Americans must do is lift the embargo on us. Then we could supply them with our citrus and they could send us the products we need. That would be wonderful.”

In 1932 a huge hurricane swept through Camaguey devastating the citrus and sugar crops and destroying the dreams of the thousand or so colonists in La Gloria City.

Most sold up and left.

Among the wreckage was the town’s Protestant church.

More than 80 years later, the groundwork for a new one is only now getting under way.

Built on the original site with funding from Jacksonville, Florida, churchgoers in La Gloria see it as a fitting legacy to this uniquely American corner of the Cuban countryside.

By Will Grant, BBC News