JetBlue to launch first US commercial flights to Cuba next week 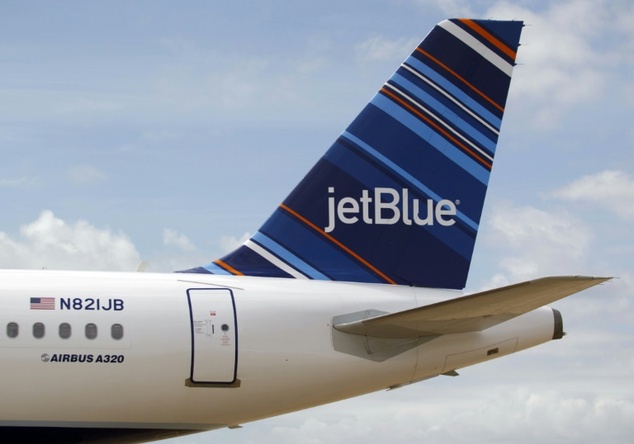 According to the US Department of Transportation, the airlines designated to fly to the nine Cuban airports, not including Havana, are American Airlines, Frontier Airlines, JetBlue Airways, Silver Airways, Southwest Airlines and Sun Country Airlines ©Matthew Hinton (AFP/File)

(AFP) The US airline JetBlue will make the first direct commercial flight between the United States and Cuba in more than half a century next Wednesday, the Cuban authorities said Thursday.

The August 31 inaugural flight — the first of its kind since 1961 — is scheduled to take off from Fort Lauderdale, Florida and arrive in the central Cuban city Santa Clara.

“The revival of regular direct flights is a positive step and a contribution to the process of improving relations between the two countries,” Cuban Deputy Transportation Minister Eduardo Rodriguez told local media.

Wednesday’s scheduled journey will kick off a new flight schedule that includes 110 daily trips, with 90 already authorized by both governments to nine Cuban airports, many of them in or near tourism hotspots.

Twenty daily routes to Havana are pending, with airlines requesting the US authorities to triple that number, Rodriguez said.

With regular commercial flights set to resume, communist Cuba’s aging airports are under scrutiny after decades of isolation from the United States during which only charter flights were permitted.

Rodriguez called US skepticism of Cuba’s airport safety “unfounded in fact,” in line with a statement from the island nation’s head of civil aviation security, Armando Garbalosa.

“I can responsibly assure you that the level of security at our airport installations complies with world standards, including the standards of the United States. There is nothing to fear,” Garbalosa said last month.

According to the US Department of Transportation, the airlines designated to fly to the nine Cuban airports — not including Havana — are American Airlines, Frontier Airlines, JetBlue Airways, Silver Airways, Southwest Airlines and Sun Country Airlines.

Washington and Havana agreed in February to restore direct commercial flights, one of the watershed changes initiated in December 2014, when US President Barack Obama and his Cuban counterpart Raul Castro announced a thaw after more than 50 years of Cold War hostility.