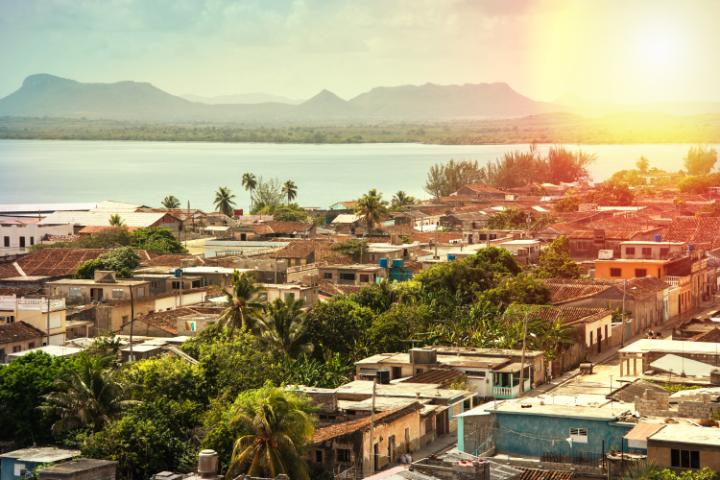 Gibara isn’t on the tourist trail – but for how much longer? Credit: ALAMY

By Claire Boobbyer April 13, 2017 |As the halogen bloom of our torches pierced the gloom, the Lake of Dreams snapped into focus. In the silence of the bat-filled Caverna de los Panaderos (Bakers’ Cavern) beneath Gibara, a coastal town 480 miles east of Havana, I looked down on water which was crystal clear and, when I dipped my hand in, shockingly cold, too.

As I stood there contemplating whether to jump in or not, José Corella, my geologist guide, revealed a local secret: “Those who swim in the Lake of Dreams will find eternal youth.” Giggling, 100ft beneath the earth’s surface, I slipped into the unruffled lake and figured that my sharp intake of breath might roll back the years, if nothing else.

Subterranean geology is what Gibara is all about. Once known for its thriving port – the most important on the north-east coast during the 19th century – it has gained a reputation over the years for the three-day Cine de la Cueva festival, which is held every year, with subterranean movie screenings in the Panaderos caves.