“It is a great danger for everyone when what is shocking, changes”
Graham Greene, Our Man in Havana

I made a frenzied leap into my bucket and plucked out the list.
“Why Cuba?” they asked.
“Why not?” I replied. 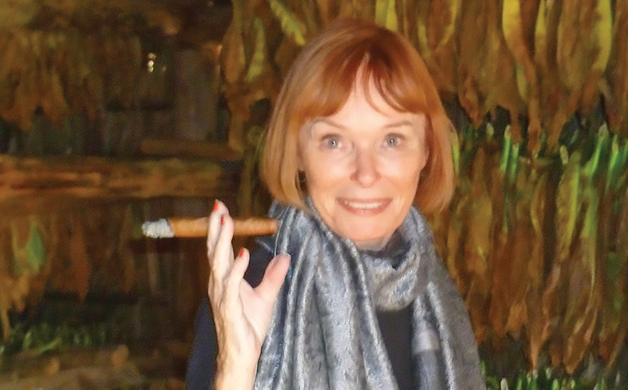 Who wouldn’t want to sample the forbidden fruits of this large island, so tantalizingly close to Florida and steeped in history, amazing architecture, stories of Hemingway and the addictive rhythm of Cuban music and salsa dancing? Oh, and did I mention the colorful parade of 1950’s American cars, horse-drawn carriages and yellow CocoTaxis politely dashing around the streets of Havana?

It’s no wonder that many of us are drawn to a place that our imagination has built since the 50- plus years of US sanctions. Self-made images of swarming police, bureaucratic officials and armed forces toting Soviet AK47s pervade our thoughts, but it’s all poppycock.
Our tour group of licensed People-to-People ambassadors was allowed to travel freely in Havana and enjoy a Pina Colada or two at the Tropicana extravaganza; however the days were organized and geared towards the culture and arts. The original Sloppy Joe’s is due to open March 2013 and you can rest assured that many tourists will make their pilgrimage there to sample the world’s finest rum – the Holy Water of Cuba.

Havana is a beautiful city trapped in a time capsule and unable to emerge into its modern potential. Along El Malecon people walk and socialize beneath the faded glory of buildings with peeling facades that hold hope for more money from UNESCO to restore them to their former striking beauty. All around the old city there are signs of renovation, the product of the City Historian’s headache of which one to do first. The magnificent churches dominate the public squares full of Canadian and European tourists, and seem to live harmoniously with the country’s policy of communism.

Scattered among the laundry-strewn balconies in side streets are Paladares, small restaurants for about six people in a local residence. This is where you’ll get a home cooked meal, perhaps a dish of Moors and Christians, a non-spicy mix of black beans and white rice together with pork and plantains (tostones). Now that the government has approved privately owned businesses, more people are trying to become self-sufficient, alongside the change that many workers are now being paid for productivity. Interestingly, the people of Cuba are free to disagree with the government and express their personal opinion that obviously includes the long lines for just about any transaction. Waiting for a bus or waiting for a miracle is the local joke and makes hitchhiking a necessary part of their lives.
Bound together in curiosity, our group, plus a trilingual, university educated tour guide, boarded a Chinese-manufactured tour bus and set out into the lush countryside to visit a National Park, tobacco farm and view limestone formations called Mugotes in the Vinales Valley. Gathered in the tobacco farmer’s leaf drying shed, he showed us how the three different leaves are used to roll a Cuban cigar for maximum flavor, ultimately whacking off the end with a mean looking machete. Enthusiastically, the puffing and photo opportunities ran rife until everyone sadly acknowledged that they could not legally take Cuban cigars back into the United States. Legend has it that JFK obtained 1000 cigars just days before he declared the trade embargo on Cuba.

Cameras at the ready, our next jaunt was to see Ernest Hemingway’s farm, Finca da Vigia (Lookout Farm) where he lived for 20 years writing Pulitzer Prize novels such as The Old Man and the Sea. Peeking through the open windows, his desk as he left it, the bottles of alcohol, animal trophies from safari, it was a hop back to 1942. His boat, the Pilar, stands guard close to the graves of his four dogs and the huge swimming pool where Ava Gardner supposedly swam naked (gasp!).

The pace of life in Cuba is slower than ours, until it comes down to music. Every Cuban must naturally rhumba themselves out of the womb, so deeply is the Afro/Cuban rhythm ingrained in them. It seems there are many opportunities for musicians and dancers to entertain visitors, supplementing their incomes with tourist dollars. Music schools abound for the young and talented 12-year-old boys seek out the ladies in tour groups and show them the steps. Faced with a little hip action, despite instruction, I must sadly confess that I became a national disgrace. My family will know that this is no surprise.

Drawing comparisons in lifestyle is hard not to do, especially when we have so many luxuries. Small things like not having toilet paper to large things such as not having Internet access in the homes render us astonished, but their schooling opportunities, medical care and housing allocations put us in a contemplative mood. We’re not perfect; neither are they and there the politics should end, but the nation has much to offer especially when I looked longingly at the beaches and turquoise-colored sea. Perhaps one day soon we’ll be able to visit Cuba freely and think in positive, well deserved four-letter words, like Love, Hope and Cool.