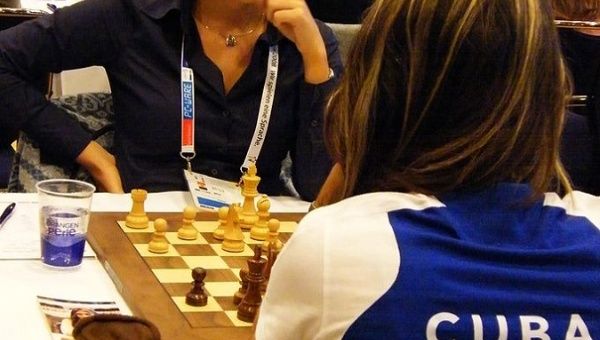 Ordaz, currently preparing for the upcoming international Capablanca in Memoriam competition, was named Woman International Master at the age of 15.

Ordaz is preparing for the upcoming international Capablanca in Memoriam competition, hoping to be selected for the Cuban team that will participate in the 43rd Chess Olympiad.

Asked how it feels to compete in a historically male-dominated sport, the chess player replied: “We have made progress. For example, before we hardly won any titles or had notable performances in male tournaments, but this is increasingly changing.

“I’ve almost always played against men, since I was a little girl. This helped me a lot and made me unafraid to compete against them.

“In 2010, when I won my first International Master (unisex), I was only half a point off the Male Grand Master, and since then most of the tournaments I have participated in have been mixed.”

Aged 11, Ordaz entered the Preparatory Sporting Academy (EIDE) in Pinar del Rio to begin her career. By age 15, she was named Woman International Master after coming in second place in the Cuban Sports Olympiad.

Ordaz recently had to stop competing for two years, due to problems with her back, but is now set on continuing to win big.

“(I want to) win the title of Grand Master,” she told Granma. “I’m pleased with what I have achieved, but I still have many dreams to fulfill.”