Intl. Medical Experts Rally Against US Blockade of Cuba 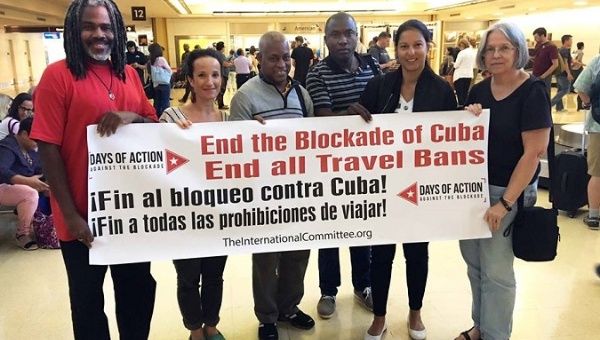 Renowned for having some of the most developed and sophisticated treatments, Cuba has been recognized by the WHO as a leader in health care.

After battling Hurricane Irma, Cuban medical professionals have made it to Washington, D.C., ready to attend the third annual Days of Action Against the Blockade.

The five-day forum invites Cuban delegates along with international medical professionals and activists to speak and assist in the fight to lift the U.S. blockade against Cuba and bring awareness about patients whose suffering could be alleviated by lifting the ban.

Starting Monday the conference, organized by the International Committee for Peace, Justice and Dignity, will be held at Calvary Baptist Church, where experts will hold discussion panels as well as view documentaries, debate the importance of removing the blockade, and determine the next steps in the fight to end the decades-old sanctions.

“We have invited three Cuban health care professionals to be with us in Washington. They will share with U.S. audiences the consequences of the blockade on the health of the Cuban people and will also talk about the development of new Cuban-developed pharmaceuticals currently being used in Cuba and many other countries, but due to the blockade, these drugs are not available to U.S. citizens,” a statement on the organization’s site said.

The Days of Action Against the Blockade has also drawn professionals from around the world, including a Swedish doctor; the Cuban Ambassador to the United States Jose Ramon Cabanas; representatives from the health professionals at American University, University of Maryland, Howard University, and Georgetown School of Medicine; as well as American medical graduates from Cuba’s Latin American School of Medicine the majority of which have prepared presentations for the occasion.

The International Committee detailed their list of activities to stretch from Sept. 1-16. Some of these include visits to Capitol Hill, targeting congressional members whose districts have the highest percentages of diabetes, cancer and other illnesses which could be remedied by lifting the blockade and letting Cuban medical expertise into the United States.

Other events include visits to medical schools, meetings with health professionals, and a briefing in congress with Cuban health experts.

The organization explained on its website that the ban against travel to Cuba has severely affected health patients on both sides, not only preventing individual travel but also extending to the sharing of medical treatments and medicines.

“A number of pioneering life-saving and life-altering medications aren’t available to Americans because the Trump administration seems more interested in playing exile politics than in improving health care for citizens in both countries,” the organization wrote.

“Cubans and Americans – particularly Cuban and American health care professionals – need to talk about the impact of the blockade on health and how to end a policy that helps no one,” the group continued.

Renowned for having some of the most developed and sophisticated treatments, the socialist country has been recognized by the World Health Organization as a leader in health care.

Not only does Cuba attend to all of its people, it also sends medical brigades to many developing countries including Haiti, West Africa, Central America, and just recently medical personnel departed for other hurricane-torn Caribbean islands.

The Days of Action Against the Blockade has received endorsements from Global Health Partners, Health over Profit for Everyone, Health Care Revolution at Georgetown University, Institute for Policy Studies, IFCO/Pastors for Peace, Clinica Martin-Baro, and Labor Campaign for Single Payer among others.