Internet and I.T. Access in Cuba is a Government Priority 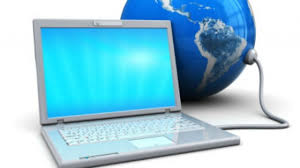 The massive access to Information Technology by Cuban society is a priority of the revolutionary government, according to an editorial published on Granma newspaper on Friday.”Cuba has been and is determined to connect to the world despite propaganda, the US economic siege, reinforced surveillance and fourth-generation wars,” the editorial points out.

For several years now, the Cuban government has proven its political will to take new information technologies increasingly closer to the people and to upload to the Internet the best values of Cuban culture, education, knowledge and humanism.

Connectivity development has been dedicated to creating capacities for telecommunications and to the enhancement of automation in strategic sectors such as banking, power and energy, transportation and macro-economic development projects, notes the editorial.

“The social use of information technologies by prioritizing and subsidizing these capabilities in many cases for sectors like education, science and culture is commonplace for Cubans.”

There are 54 public Internet rooms on the island offering different services to the people, and the initiatives which will continue with the commercialization of wide band access, a plan currently underway, reads the article.

At present, nearly three million users connected to the networks in Cuba with a similar figure of cell phone clients, out of whom over half a million access email services through their mobile equipment.

The National Platform known as Cuba Network has included 26 projects aimed at producing local contents of high quality, marked by diversity and representativeness which are managed by Cuban entities.

The Cuban program also include the creation of new capacities to access wireless technology, the integration and use of institutional databases in the sectors of health, education and culture.

The introduction in the country of digital television continues to advance to lower silence zone nearly to zero, the article explains and notes that the era of the Internet and new information technologies must be a space for knowledge, development on the bases of inclusion and security in order to guarantee the invulnerability of the Cuban Revolution, the defense of culture and sustainable socialism being built by the Cuban people, the editorial concludes.