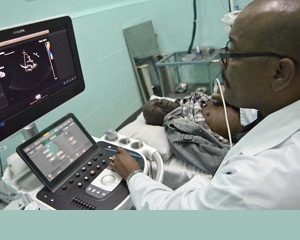 April 23 (Cubadebate) Transmissible and non transmissible diseases, health and society, primary care, and family medicine, are some of the topics that will be addressed during the Third International Cuba-Health Convention 2018. Improving global healthcare not only depends on scientific-technological development, but also understanding what kind of healthcare we aspire to, and what more can be done to achieve it.

The Third International Cuba-Health Convention 2018, entitled “Universal healthcare for sustainable development” – a space for scientific reflection taking place in Havana’s International Conference Center April 23-27, and the 14th Health For All Trade Fair, being held alongside the main event at the Pabexpo fairgrounds, represent action taken toward achieving this goal.

In this sense, “Cuba’s experiences and achievements in the field of health are extremely important for the world, firstly because they come from a country with many difficulties, which continues to suffer an economic blockade; from a country with few resources, but that managed to be the first to officially eliminate mother-to-child transmission of HIV and syphilis; a county that eradicated malaria in 1970, as well as 12 other vaccine-preventable disease, to become one of the nations with the highest life-expectancy rate in the region, where the infant mortality rate is just four per 1,000 live births and work is underway to take these achievements even further, noted Cristian Morales Furihman, Pan American Health Organization representative in Cuba.

“These achievements are important given their impact on the health and well-being of the population, but also show that it is possible, that other countries can achieve these kinds of results with a system based on primary care, rooted in the community, and able to adequately respond to the health needs of the population. Any country can achieve this drawing in part from the lessons that Cuba can teach the world, and this convention is an important moment to share such experience,” he stated.

Over 150 personalities and 2,000 delegates from some 80 countries worldwide will be attending Cuba-Health 2018, according to Ileana Morales Suárez, Minsap Director of Science and Technological Innovation and executive secretary of the event.