Independence Day: The Importance Of July 5 For Venezuelans 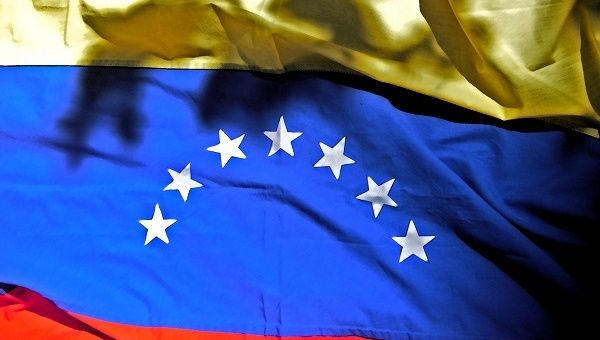 In recalling and celebrating the valiant history of Venezuela, we affirm that the United States and Canada are today on the wrong side of history, writes Nino Pagliccia.

July 3 (teleSUR) July 5 marks a memorable date for all Venezuelans, regardless of their political affiliation. It’s the day that Venezuela declared its independence from the Kingdom of Spain in 1811.

But while all Venezuelans can agree on that celebration, which is an unobjectionable historical fact, Chavistas feel that since 1999, when Hugo Chavez was elected president, Venezuela can also celebrate the achievement of true sovereignty in addition to its independence. This should also be a celebration for everyone, but I doubt that the Venezuelan right-wing opposition will agree with me. Sovereignty does not seem to be their aspiration.

In the history of Venezuela there were also opponents to the declaration of independence of 1811, who preferred to continue being colonized by Spain. In fact, some enlisted in the ranks of the Spanish armies and fought against their own pro-independence brothers and sisters. Today there are Venezuelans who go to foreign governments requesting political, financial and even military intervention in the internal affairs of Venezuela. That is not in the name of sovereignty. Sovereignty is the authority of a state to govern itself. It is solving domestic problems at home with its own people.

It is difficult to understand the mindset of those who consciously renounce an individual and collective right as fundamental as sovereignty, based on political differences of opinion. But while opinions are respected, actions that threaten national integrity must be judged for their serious consequences contrary to the principle of non-intervention enshrined in Article 19 of the Charter of the Organization of American States (OAS).

From a historical perspective, Venezuela’s declaration of independence in 1811 was actually the culmination of a process that began on April 19, 1810, a date celebrated in Venezuela to mark the beginning of the First Republic. Now we have in Venezuela the Fifth Republic that began when Hugo Chavez took office in 1999.

From a political-social perspective, 1811 sealed the independence of Venezuela with the notable characteristic that it was the first case of a Spanish colony of the Americas that declared its absolute independence from Spain. The year 1999 clearly sealed the gain of the sovereignty of Venezuela over the empire of today. It marks the event that breaks Simon Bolivar’s premonition: “The United States seems destined by Providence to plague America with miseries in the name of freedom.”

That First Republic lasted only two years and three months. It was short-lived, but achieved a lot. It gave an example to other independence movements in the region, and for that Venezuela received solidarity from other colonies. But the most important thing is that the First Republic abolished the slave trade that was established by Spain in all the colonies.

The essence of the event of July 5, 1811 is contained in a single paragraph of the Venezuelan Act of Independence. It is a paragraph that outlines the reasons Venezuelans wanted independence at that time. We must bear in mind that this was more than 200 years ago.

“Despite our protests, our moderation, our generosity and the inviolability of our principles, against the will of our brothers in Europe, we are deemed in a state of rebellion, we are blocked, harassed, we are sent agents to instigate riots against one another, and to discredit us among the nations of the world who ask for their help to oppress us.”

This paragraph refers explicitly to the foreign intervention in force in 1811.

Today we could use that same statement regarding the interference of the United States, Canada and the European Union in Venezuela. Let’s take a look at some of the words in that paragraph.

State of rebellion: Canadian Minister of Foreign Affairs Chrystia Freeland has said the Venezuelan government is breaking the constitutional order. That is false. The Canadian government is actually supporting the opposition in breaking the constitutional order, including calling the military to rebellion and mutiny, and boycotting more recently the elections of May 20.

Blocked and harassed: The United States has imposed a financial blockade against Venezuela. In addition, the United States, Canada and the European Union have also imposed sanctions. Sanctions harass and castigate people, not the government. U.S. threats of military intervention are also a serious form of harassment.

Instigate riots: Violence and riots have been the illegal tools of choice of the opposition instigated by foreign governments. The United States has also said that if there would be a military rebellion, that could not be considered a coup. In the style of medieval popes, they forgive the sin before it is committed. The Venezuelan opposition has joined in that call.

Discredit us: The dominant world media controlled by corporations have been constantly doing that against Venezuela with false accusations of lack of democratic process and authoritarian gavernment.

Help to oppress us: Chrystia Freeland has been the main instigator against Venezuela within the OAS, with its illegitimate partners of the Lima Group. Venezuelans of the right-wing opposition have been scouring the world for ‘help’ (read here ‘intervention’) against Venezuela.

All these same elements are in force today as they were more than 200 years ago. At that time, 200 years ago, Simon Bolivar, referring to the duration of Spanish oppression, exclaimed: “Isn’t 300 years enough?”

So today we shout with Bolivarian Venezuela: “Isn’t 500 years enough?”

These attacks by the U.S. empire and Canada aim to regime change and the end of the revolutionary process – adopted by the majority of Venezuelans – to re-colonize Venezuela. That is a blatant intervention.

We cannot lose Venezuela. That would mean a return to hegemonic and colonial domination, this time by the United States, the EU and Canada.

In recalling and celebrating the valiant history of Venezuela, we affirm that the United States and Canada are today on the wrong side of history, just as Spain was 207 years ago.

Nino Pagliccia is a Venezuelan-Canadian activist and writer based in Vancouver, Canada. He writes about international relations with a focus on the Americas and is editor of ‘Cuba Solidarity in Canada – Five Decades of People-to-People Foreign Relations.’