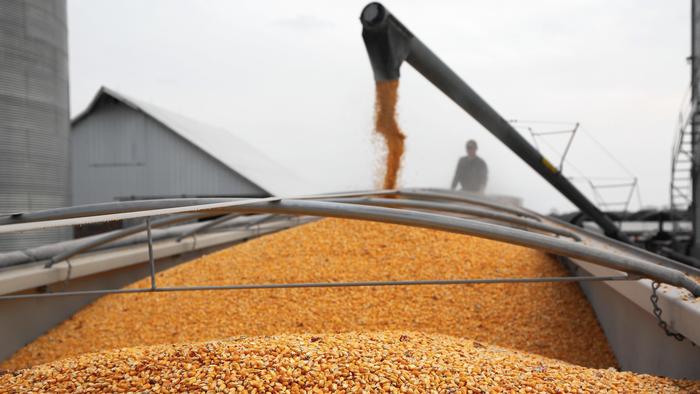 The Obama administration’s decision last week to again loosen trade restrictions between the U.S. and Cuba means it will soon be easier to enjoy a fine Cuban cigar and savor a swig of that island’s flavorsome rum.

But some major Illinois companies and industries hope that greater access to smokes and spirits is only the start of the festivities. They are continuing to push Washington lawmakers to lift a longtime embargo and normalize trade between the U.S. and that Caribbean country, which resides only 90 miles from the U.S. mainland but has been almost totally off limits to U.S. companies since 1960.

Normalizing trade with Cuba would be a significant, perhaps even huge, boon to Illinois’ business and economy, especially for agriculture and heavy equipment manufacturers. Progress is being made and hopefully it will accelerate when a new administration and Congress arrive but, considering the heavy political fire that global trade has come under in this presidential campaign, that’s far from certain.

“The next president and Congress should keep the pressure on and not roll back any of the initiatives President Obama has put in place,” says Paul Johnson, executive director of the Illinois Cuba Working Group, a coalition of Illinois business interests seeking open trade relations with Cuba. That group includes Archer Daniels Midland, Cargill, Koch Foods, the Illinois Chamber of Commerce and the Illinois Department of Agriculture.

Since 2014, President Barack Obama has issued six presidential policy directives that take steps toward normalizing U.S. trade with the island.

Last week’s announcement to remove the $100 limit on cigars and rum that American travelers can bring back from Cuba made the biggest splash. But that directive also eased limits on cargo ship travel between the two countries, which should improve delivery of goods, and opened up new possibilities for U.S.-Cuba medical research.

Despite all this forward motion, Illinois companies still have their nose pressed hard against the glass and can only dream about fully tapping the island’s product-hungry potential.

That is especially true of Illinois agriculture producers. It’s estimated that Illinois could provide up to 15 percent of Cuba’s corn and soybean imports if given a free exporting hand, say agriculture experts.

Technically, Illinois has been allowed to export agricultural goods to Cuba since 2000 under the Trade Sanction and Export Act. The Chicago-based commodities giant ADM has sent some goods to Cuba under this agreement.

But the law is rigid, including a provision requiring Cuba to pay for exports in cash and in advance.

As a result, Cuba opts to trade with other countries that are more flexible and open to credit.

In addition to an appetite for food products, Cuba also has a tremendous hunger for farming equipment, tractors, earth-digging machines and almost anything else needed to rebuild its tired farms, roads and infrastructure.

John Deere, the Moline-based farm equipment manufacturer, is ready to pounce should Cuba open up, as are hotel operators, energy providers, financial services and others. Especially eager is Peoria-based Caterpillar, the maker of tractors and heavy construction equipment. Caterpillar has since 1998 advocated for ending the trade embargo.

“Everything we make, Cuba can use,” says Matt Lavoie, a Washington, D.C.-based spokesman for Caterpillar, which gave $500,000 this year toward the preservation of author and Cuban hero Ernest Hemingway’s house just outside Havana.

Nevertheless, there remains serious political opposition to expanding trade with a country seen as still dominated by Cuban revolutionary dictator Fidel Castro and, by extension, his brother President Raul Castro, a socialist leader.

Moreover, trade has become something of a dirty word in this presidential campaign between Democrat Hillary Clinton and Republican Donald Trump, who have sparred over the North American Free Trade Agreement and the Trans-Pacific Partnership Agreement.

A small bipartisan group of Downstate Illinois U.S. representatives are trying to build support in Congress for ending the Cuba embargo. Those efforts will kick into higher gear after the presidential election, says Johnson.

The current occupant of the Oval Office began efforts toward normalizing trade relations with Cuba because he believed it was time to get beyond entrenched Cold War concerns that froze diplomatic and trade relationships.

It remains to be seen if a new president and Congress will advance Obama’s plan or back away.

I favor moving ahead. Some peace, progress and prosperity in the Caribbean region would be good news for Illinois business and, possibly, the world. So let’s hope the new leaders will build on Obama’s effort.

But there remains this tough reality: When dealing with U.S.-Cuba relations, nothing comes quick or easy.

So maybe light up a good cigar and pass the rum — this one may take a while.